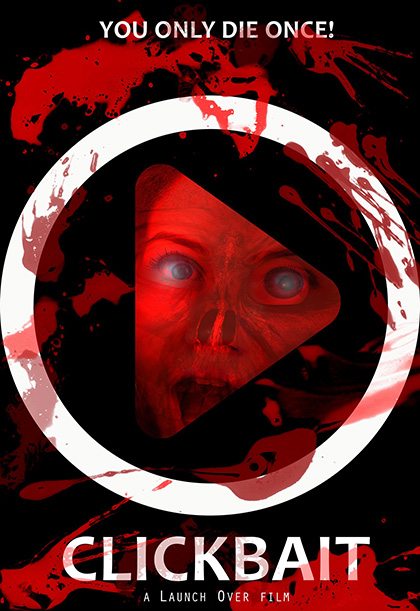 Clickbait tells the story of Bailey and Emma, roommates who have conflicting philosophical views on fame in the Internet age. Just when Bailey’s vlog stats begin waning, they are threatened by a dangerous stalker, resulting in their exploding popularity on the vlogging site str33ker. When Bailey is kidnapped, Emma, with the help of the incompetent detective Frank Dobson, must race against time and her own exploding popularity, to locate Bailey.

The film is Michael J. Epstein’s directorial followup to the 70s sociopolitical lesbian vampire film, Blood of the Tribades. He co-wrote the screenplay with first-time writer Jeremy Long as a study on the media’s use of violence and its exploitation of celebrity vulnerability in an ever-escalating war to collect clicks. Tribades co-director, Sophia Cacciola, is the cinematographer on this outing. The film’s look, mood, and style aims to be a markedly less gore-driven version of giallo slasher-mysteries like Torso, Opera, The Evil Eye, and Suspiria.