Review of “Who’s Watching Oliver” by The Headless Critic 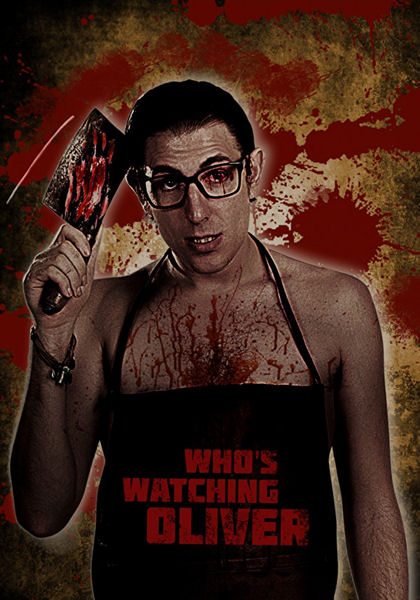 Who’s Watching Oliver is the story of a man living a life forced upon him by his overbearing mother. Oliver (Russell Geoffrey Banks) is a mentally unstable, loser whose only company in life is his mother (Margaret Roche) and the women his mother forces him to bring home, rape and kill. Mommy likes to watch. Watch Oliver humiliated and kill whatever women he can convince to come home with him. Watch Oliver humiliate himself when he’s alone. Mommy likes to watch everything. She makes her son take her wherever he goes via laptop so she can see it all. When mommy says “stick it in her smelly little ass”, Oliver obeys. She even makes him position the girls just right, so she can see him tear up that tight little ass for mommy. Peekaboo, mommy sees you!

Oliver’s sanity is held together by a white pill and a red pill. His routine life of murders to please mommy is shaken when a beautiful woman in a polka-dot dress walks into it. Sophia (Sara Malakul Lane) has taken an interest in the lonely, disturbed man. No one has ever liked Oliver before. Sophia may have just gotten herself into more trouble than she can handle. Or perhaps, Oliver just found the perfect woman for him.

In his directorial debut Richie Moore brings us American Psycho in juvenile form. Co-writer and star Russell Geoffrey Banks wows as the unstable Oliver in one of the most layered and enjoyable serial killers portrayals I’ve seen on film. Margaret Roche mommies this mini-cast as a fun sociopath and second hand sadist living vicariously through her son. Sara Malakul Lane plays a naive beauty well. The rest of the cast dies for your pleasure and Oliver’s. Find out who’s watching Oliver and exactly what she’s watching. It is sure to entertain so much you’ll stick around until the end credits.