Review of “Driving While Black” by The Headless Critic 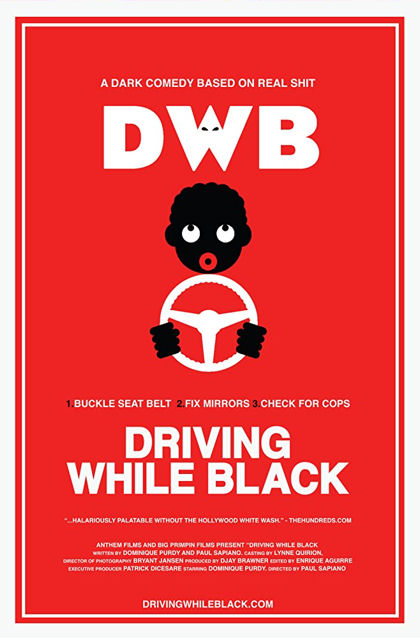 Dimitri is a struggling pizza delivery man supporting an upstart family. Dimitiri is also black. A black man driving the city proves more challenging than getting a pizza delivered before it’s cold. So buckle your seatbelt, fix your mirrors and check for cops as we step from the light to the dark side. Experience the struggles of a black man’s life with the simple things everyone else takes for granted. Explore the horrors of everyday life of Driving While Black.

A black man’s psychology of their views on police is explained in this dark comedy, rooted in a horrific reality. Driving While Black covers both sides of the story well. Director Paul Sapiano with co-writer Dominique Purdy enlist the help of the Sheriff’s Department to tell a fair story for both sides. From white hooded cops to busted water hoses, the poor black man’s comedic struggle is all too real.

Driving While Black has a lot of fun tackling serious issues in some shocking scenes. Sapiano’s runtime does seem a little extended to meet the ninety minute feature film standard with a few excess flashbacks that could have been shortened. Dimitri (Dominique Purdy) is such a fun character to follow it more than makes up for the little lag. A wide cast of cops teeter between serious and Reno 911 in roles that show the diversity of the police force ranging from racist to honorable. DWB is a fun, dark comedy based on real shit that everyone can enjoy regardless your race or police affiliation.