Review of “The Bye Bye Man” by The Headless Critic 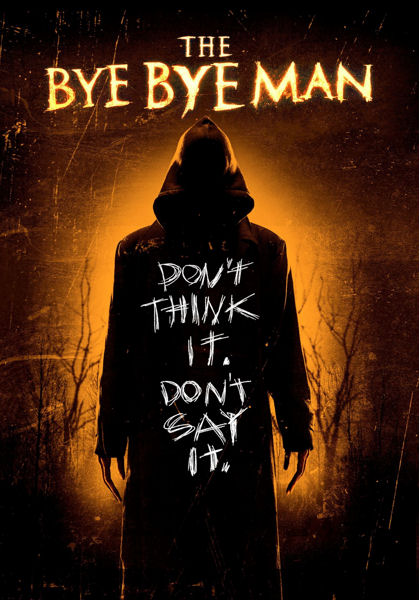 “The evil behind most unspeakable acts has a name” and when three college student move into an old house off campus, they unwittingly unleash it. A supernatural entity known as The Bye Bye Man comes to prey upon those who know his name. The friends try to save each other while keeping quiet about his name to protect any others from the same deadly fate they’re about to meet. “Don’t think it. Don’t say it. Don’t think it. Don’t say it.”

Against many other opinions, I thought the trailer for the Bye Bye Man looked good despite it's horrible name, overly done concept and awful tagline. I knew I was in trouble when out of the 12 groups of people in the theater all but five of them had children with them. Children in a horror movie, some as young as 7-8. I realized this might have been a scary movie made for kids.

The start of the film was excellent. Set in the 1960's era, a man goes on a shooting spree for seemingly unknown reasons. That horror joy was fleeting, only lasting the opening minutes. In typical horror movie form the actors appear to be a bunch of thirty year olds playing college kids. Some of the characters are very cliche horror characters we've seen many times before, especially the “goth” girl. I can't knock the actress who did fine, it was the character itself.

I generally don’t pick on actors but for a wide theatrical release the lead in The Bye Bye Man doesn't meet the standard that should be set. I laughed uncontrollably for 5 minutes in the middle of a supposed horror movie at her delivering a horribly written line. It wasn’t completely her fault but bad acting and bad lines apparently produce laughter in in the middle of a horror film. I wasn’t the only one laughing in this horror feature, at various parts of the film.

The Bye Bye Man himself, actually looks good. Besides a CGI dog, I didn’t notice any poor effects which is uncommon for smaller budget horror. Overall a fascinating opening couldn't save a poor concept borrowed from Nightmare on Elm Street and the Candyman. Now if you want to make a movie about a man in the 60's going made and shooting people I might be interested.