Review of “The Devil's Well” by The Headless Critic 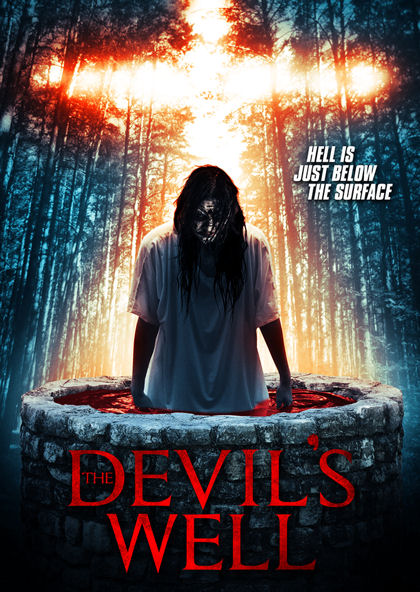 “Have you seen Karla Marks?” One year ago paranormal investigating couple Bryan (Bryan Manley Davis) and Karla Marks (Anne-Marie Mueschke) took the recommendation of their website viewers and spent the night investigating the reportedly haunted Devil’s Well in Connecticut. The rural town’s haunted hotspot is known throughout the paranormal community. The well is in the basement of an abandoned mill. Legend has it that the well is a gateway to hell. Karla Marks went missing the night of the investigation and Bryan was blamed, though no evidence was found against him. Now a year later, Bryan returns to The Devil’s Well alongside the paranormal investigating group SIGNS to search for his wife while documenting every moment. Did Bryan Marks kill Karla or is he leading a whole crew of people to the gates of hell?

“Let me put it this way, either something supernatural happened to that girl and something could happen to all of us or her husband did it and now we’re putting ourselves in an abandoned building with him. How would that make you feel?” –Riley Harper (Kristen Seavey)

In his second feature Kurtis Spieler offers up another overdone, low budget, found footage film. If horror fans look past the accompanying generic poster that blends in with most other horror movies this year, they’ll find some intriguing characters with a good set-up behind it. The gateway to hell is always an alluring story for me, even if we’ve seen it before. The first thirty minutes of the movie is done as documentary style interviews about the missing Karla Marks and the legend of The Devil’s Well. The next thirty minutes is like watching an episode of Ghost Hunters as the SIGNS team investigate the reportedly haunted location. In the final act of the film, all hell breaks loose. Who will save your soul?

The Devil’s Well is definitely made by its actors. The lines of reality aren’t blurred like The Blair Witch Project did back in the 90’s but the majority of the cast give strong enough performances to suspend disbelief, if even for a moment. A few of the smaller roles of friends and family being interviewed really come off as actual documentary filmmaking. This is accredited to both the director and specifically actors Jes Almeida, Nancy Marlowe Gordon and Mark Resnik who give very realistic interviews in their supporting roles. Chris Viemeister also comes off believable as the lead investigator of the SIGNS team.

Kurtis Spieler manages to make the most out of another low budget, found footage movie. Spieler gets excellent performances from a fairly large his cast. His interviews mostly come off realistic. The final act and allure of the well itself could have been amplified but for the concept and filming style I think Spieler mostly got about the best movie he could get out of it.