Review of “House of Salem” by The Headless Critic 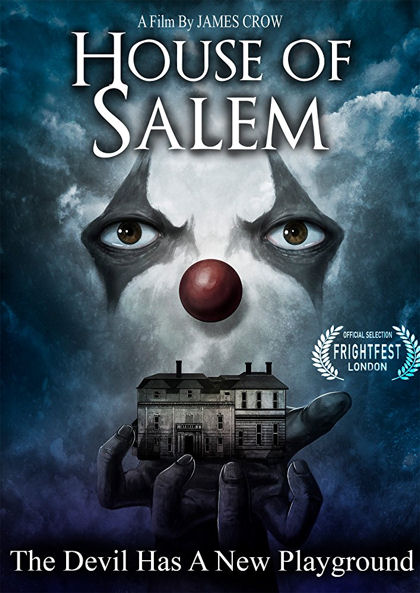 Nancy (Jessica Arterton) is spending the night babysitting Josh (Liam Kelly) when a group breaks into their home, kidnapping him. All isn’t as it appears with this abducted child. Trapped in a safe house that’s not so safe, the kidnappers have been unwittingly set up to partake in a deadly game of human sacrifice. Kidnapper becomes protector as something far fiercer threatens them all. Nothing is as it appears and a fight for survival is on.

Curse of the Witching Tree writer and director James Crow’s latest feature returns to horror in the British import House of Salem. The House of Salem setup is somewhat familiar but with a wicked turn. The fear portrayed by a child comes across very natural but child actor Liam Kelly is a little bit old to have been cast as the Teddy clutching, terrified of everything Josh. This is no fault of Kelly though. His whiny voice is a little much for someone his age, going beyond the need for the crying child role.

Crow does provide a stylized, fresh feel to the familiar concept going his own direction. I tend to be tough on British films as I tend to enjoy most of them less than others. I do enjoy the masks in the movie and I doubt anyone will be able to predict how this one turns out with its devilish turn.