Production by: Up A Notch Productions
Distributed by: High Octane Pictures 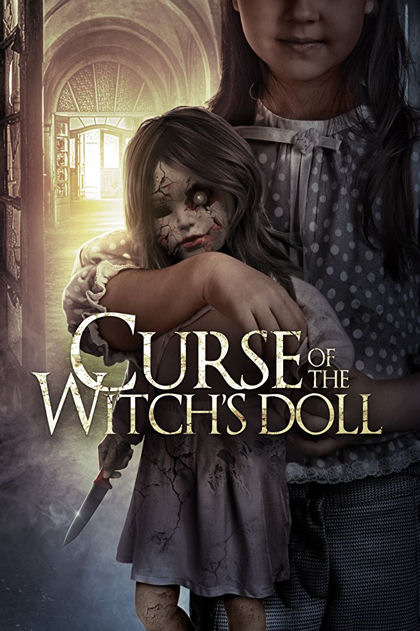 When her street is bombed in World War II era Kent, England, Adeline Gray (Helen Crevel) retreats with her daughter Chloe (Layla Watts) to the oldest and most secluded building in a small village. Young Chloe finds a creepy doll inside their new mansion in the woods home. When Chloe vanishes, Adeline blames the doll, believing it to be cursed by a witch. The grief-stricken mother will go to any length to get her daughter back from the Curse of the Witch’s Doll, even if the cost is her sanity.

This British import ships over an excellent performance with first time feature actress Layla Watts. Her supporting role impresses for someone at such a young age. Accompanying her performance is an intriguing lead character played by Helen Crevel. Just when you feel you’re going to get a grasp on the Adeline Gray character, the story turns, the character changes and actress Helen Crevel pulls it off well.

Also accompanying child actress Layla Watts in her first feature film is a first time feature director and writer Lawrence Fowler who’s also young. The twenty-something year old directors ambitious film is set in three different time periods spanning from the year 1600's to modern day. The storyline is easy to follow but it still seems a bit much. It’s almost as if four different shorts were pieced together forming a continuous story.

Along with multiple time periods, the movie is also set in two different realities. I found the turn halfway through to be unwanted. As Adeline Gray must choose her own reality, I chose the same as my favorite and wish we could have spent more time there. Sometimes the real world isn't the best reality to choose as the other three "shorts" did not live up to the reality of the Curse of the Witch’s Doll.