Review of “Cruel Summer” by The Headless Critic 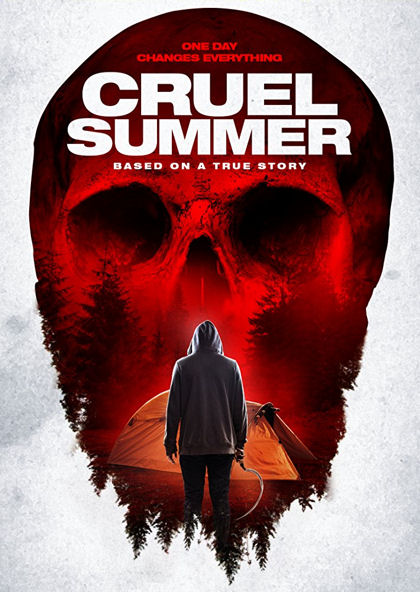 This is a story of girl meets boy, girl lies to boy and the consequences may end in murder. Julia (Natalie Martins) is enamored with Nicholas (Danny Miller). Nicholas is still hung up on his ex, Lisa (Sabrina Dickens). In order to make herself more appealing, Julia tells Nicholas that he wasn’t his virginal ex-girlfriends first. Julia makes her out to be a slut but only drops one name, an autistic boy Danny (Richard Pawulski). Belittled, an enraged Nicholas sets out to confront Danny. “One day changes everything.” Based on a true story…

Don’t let the slasher cover and romantic title fool you. This isn’t your fun filled slasher film. Be warned, Cruel Summer is intense real world horrors and isn’t for everyone. This version of slasher will tear at your heartstrings and leave you in tears. This movie is not suitable for all viewers.

Jealousy of lies leads to uncontrolled acts of rage and vengeance, when Nicholas finds out his “virginal” ex had slept with someone before. Performances are strong as we get a glimpse into the life of realistic characters. Richard Pawulski portrays an autistic young man convincingly well. Natalie Martins may steal the show as a lovelorn girl who makes a grave error in judgement, both by heart, by mouth and by hand. Brutality of humanity is exposed in a film that may leave your cheeks wet and your stomached turned.

While we may not get the whole story portrayed on screen, this excerpt of real world violence is powerful. I understand the film may turn off some viewers. While the movie may seem like continuous, gratuitous violence the actual violent acts last just over fifteen minutes of the eighty minute runtime. I didn’t find the film gratuitous. It’s a powerful lesson to be taught and a heavy anti-bullying statement. I know the movie is based on a true story and only hope that the family of the victims wanted this out there in hopes it touches those it reaches and prevents further acts of unneeded violence.