Watching Movies - Curse of the Mayans

Review of “Curse of the Mayans” by The Headless Critic 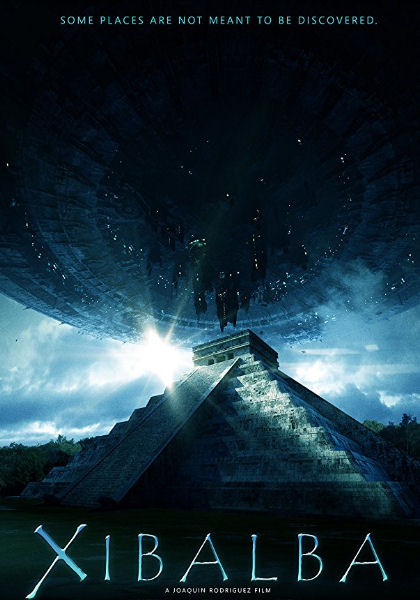 “According to the Mayan book of creation, the Mayan spoke of a species of lizard men who descended from the sky and captured their civilization. On December 21st, 2012 everyone expected the world to end but the ancient Mayan prophecy didn’t predict the end of the world. The prophecy was about a silent invasion, the plague of the reptilian aliens, the beginning of the end…”

Dr. Alan Green (Steve Wilcox) believes he’s found the biggest Mayan discovery of all time. In order to get to the underwater cavern where the answers he seeks dwell, he pays top dollar to get retired cave exploring archaeologist Danielle Noble (Carla Ortiz) and her team to head his expedition into the caves of Xibalbá. It’s December 21st, 2012 and the end of the world is coming. "Some places are not meant to be discovered." This underwater expedition may cost everyone their lives.

Joaquin Rodriguez’s latest addition to low budget horror treads to a beautiful place of fear, deep in Mexico’s Yucatan Peninsula. The enchanting but deadly filming location is a feast for the eyes that preys on your fears. The camera doesn’t always encompass the vast jungle surroundings but cinematography is a success.

A bilingual cast seamlessly transitions from English and Spanish fluently proving that the art of cinema transcends borders. The actors seem to have been cast based on their bilingual tongues and beautiful bodies. Primitive dialogue doesn’t lend itself well to their acting abilities, having certainly not been written by an advanced civilization.

A long build of cutting their way through the jungle ends in the murky depths of the water where everything becomes a little less clear. Dr. Green’s great discovery is a flashy final fifteen minutes of blatant CGI and brief glimpses of splashing water practical effects. Real scuba footage seems to have been used with the addition of something being in the water. Curse of the Mayans doesn’t quite make the Descent to a level of horror greatness but it also doesn’t completely die trying. After all the Mayan's predicted this is only "The Beginning of the End..."