Review of “Killing Joan” by The Headless Critic 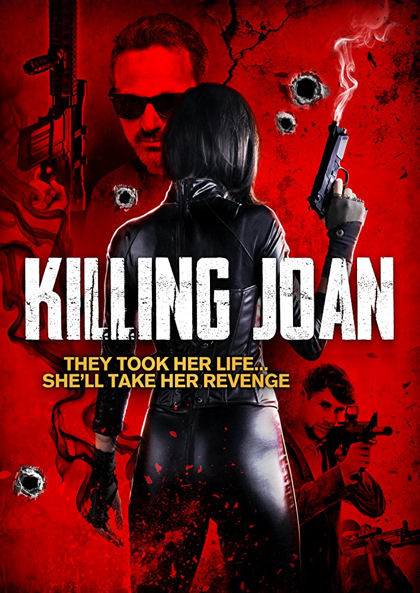 Mob enforcer Joan Butler (Jamie Bernadette) may be small in stature but she’s big on attitude. She’s earned a reputation for her reckless ways. Tonight that bad attitude just got her killed. If you’re thinking about Killing Joan, think again. Double crossed by the mob and left for dead, Joan returns with superhero powers and a mob enforcer’s tendency for murder. Seamlessly slipping through the shadows, Joan exacts her revenge on the people she once called “family”.

Killing Joan is more than a woman scorned movie, it’s more than a rape revenge flick, its murder revenge mayhem! When Killing Joan, she comes back to kill you! This girl is bringing annihilation back from the afterlife. Short film director Todd Bartoo helms his first feature in Killing Joan which he also wrote. The concept is there and with a woman of power movement making bucks in Hollywood, it is good timing for such a release.

Bartoo does commit a movie making sin that I can rarely forgive by making a movie that looks and plays out more like a tv series production. From the opening credits to the open ended finale, I expected a weekly drama over the feature displayed. Joan does have the setup for a potential series of superhero proportions. For a lower budget flick that’s darkly shot it still looks good. Budgeted CGI is mostly limited to shadow effects that are surprisingly acceptable compared to similar films and many series. Overall the acting does leave a lot to be desired though.

In a revenge fueled film like this, action and even murder is the payoff to your lead character being wronged and Killing Joan leaves some bills left unpaid. A better action coordinator was needed to get more impact out of those fight scenes. The CGI inclusion on the action could've also used a little oomph. Killing Joan has a wonderful setup of an imperfect woman who comes back from death to exact her revenge but she kills with a cats meow instead of a lioness roar.