Review of “The Bill Murray Experience” by The Headless Critic 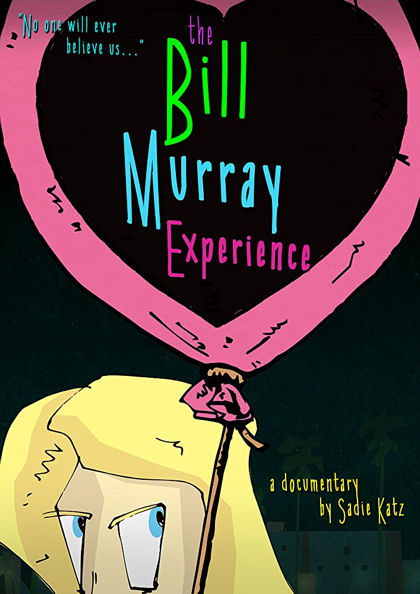 Have you ever had a Bill Murray experience? Outside of myths of Chuck Norris that have inspired an internet bogging amount of memes and the fact Keanu Reeves is immortal, the greatest celebrity legend that might actually be true is The Bill Murray Experience. From tending bar at the Shangri-La, serving up tequila shots regardless what you order to reading poetry to construction workers building a poetry house. Some are confirmed, some are simply stories of legend. If Bill Murray walked up to your dinner table, took a french-fry off your plate and ate it while telling you no one would ever believe you if you told them it happened, would anyone ever believe you if you told them it happened? If a tree falls in the woods was Bill Murray there to see it… One thing about Bill is for certain, he likes to crash things. Bill Murray has reportedly crashed everything from photo shoots to ice cream socials, giving people more than a photo to take home or an autograph to admire. Bill’s out there giving people an experience to remember. So much so that it’s become a thing of legend.

As actress Sadie Katz toils the internet the night her engagement ended she becomes enthralled in the legends of The Bill Murray Experience. Bill Murray’s five decades of fame in front of the camera that’s built an iconic following and his real world eccentricities that are kept fun and not shameful; make the actor an excellent muse for a documentary film crew. That’s not this movie. Perhaps searching for something within herself and portraying it onto the famed actor, fangirl Sadie Katz embarks on a yearlong quest to have her own Bill Murray experience.

From her opening introduction the lively actress who’s played everything from The Goddess Ishtar in the impressive redo of Blood Feast to a hapless victim of inbred hillbillies in Wrong Turn 6, keeps the tone as upbeat as her personality. There’s not a boring moment or instance of feeling like you’re in a classroom as documentaries sometimes get. What could have also easily turned into a “how-to” of stalking Bill Murray is kept fun at the end of the beautiful actresses smile.

It’s impossible to know just how much of this documentary is an excerpt of reality or just Sadie Katz’s next movie. Even if she told you it was real, “No one will ever believe us…” As writer, director and star Sadie doesn’t get too far in depth with her own history. Her life happens around her as she searches for a famed experience with the actor. We live through her ups and downs in that year but no one is there to explore her history leaving her to unknowingly explore herself. I’m not sure the actress knew her documentary about The Bill Murray Experience was really her living the Sadie Katz experience for all of us. Or perhaps she did and that’s the true brilliance of this film. Not everyone can have their own Bill Murray experience but everyone can watch The Bill Murray Experience.