Review of “Followers” by The Headless Critic 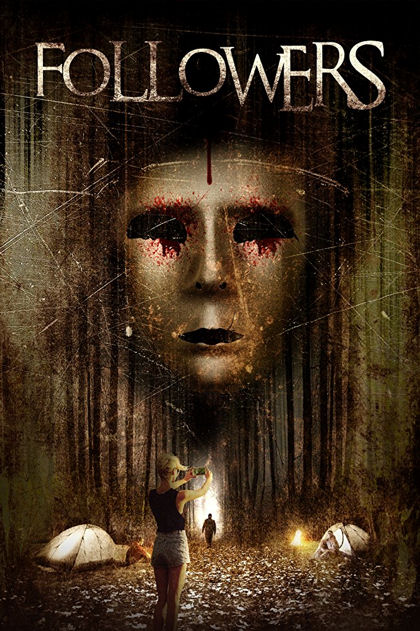 2.3 billion people use social media every day. The average person has 5.54 social media accounts. 83% of stalking incidents start online. Age, sex, relationship status and location are shared with all your Followers. Who’s following you? “Beware What You Share!”

Brooke (Amanda Delaney) and Caleb (Justin Maina) are minor social media celebrities who live and die by how many followers they have. The fitness power couple post multiple times daily on their multiple accounts so any fan could easily track them anywhere. Do you think they know everyone who follows them? There are more than one in a million people in the world who are insane. They just reached a million Followers.

Jake (Sean Michael Gloria) and Nick (Nishant Gogna) are an online documentary duo who’ve learned just how easy it is to stalk someone through social media. To prove their point and gain crossover followers, the documenting duo have set their sights on a fitness couple with a million followers, tracking their every movement to prove a point. There’s a thin line between research and obsession.

Director Ryan Justice’s first venture in full length filmmaking produces a clip show of web videos joined together into feature film form. “Followers” perfectly titles this modern day evolution of a found footage movie. While found footage has been done to death in the last twenty years, Justice does put a different spin on the reason for filming. Two lengthy clips of videos play out almost as two separate, boring shorts, with two sets of characters to get invested into. While Brooke and Caleb are annoyingly “YouTube” to a more mature film fan, perhaps audiences who prefer such YouTube videos over artful filmmaking will find them less so. If Brooke and Caleb weren’t annoying enough, uber nerd filmmaking wannabes Jake and Nick are even worse. Don’t worry, Followers isn’t just a dual clip show. Two distinct stories are told with everything colliding together into a bloody finale.

While I do find the characters annoying, that’s nothing unusual for a horror movie. The acting in this low budget feature is fine. Ryan Justice gives us some bloody, budgeted kills at the end of a knife blade that are fun. Or perhaps I just enjoyed watching the characters die. The dual build does seem repetitive but at least he tries to do something different. The payoff to the extensive build is a turn that turns the turn. If you want to know what that means, you have to watch Followers.

I just wanted to do one more paragraph. I just wanted to say goodbye to all my readers. My followers, I want to say thank you for all your support throughout the years. All of your love. I’ve tried to be what you want me to be. Perfect hair, perfect penmanship, perfect reviews. Truth is, I’ve had a non-horror watching disorder for the past 5 years and I’ve cheated on my horror. I’m a terrible person. I’ve just, I’ve been manipulating people my entire life. It’s all for the views. A million Followers is not worth it. It’s not worth it. I don’t know if this is going to be read by anybody but I want to say, AAAAHHHHH!!!!!