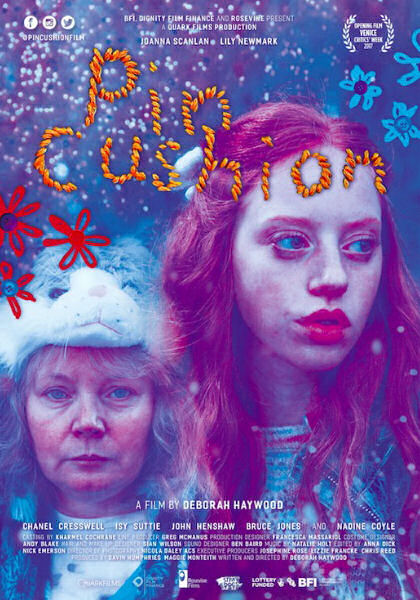 Teenage Iona (Lily Newmark) is best friends with her mother Lyn (Joanna Scanlan). They’re so close they sleep in the same bed at night. When the small family makes a new start in a new town, Iona makes new best friends. Iona mistakes frenemy’s as friends in the most popular girls in class, Keeley (Sacha Cordy-Nice), Stacie (Saskia Paige Martin) and Chelsea (Bethany Antonia). With her daughter growing up, Lyn reaches out to make friends of her own. Lyn and Iona slip into their own fantasies trying to convince themselves that their new lives are alright. They hide from the truth while lying to each other. Reality sets in and the weight of life bears down on them. Something must give or everyone will break.

Writer and director Deborah Haywood explores the real world horrors of bullying, both in school by children and in life by adults. A dysfunctional mother and her equally awkward daughter just don’t fit into a typical world. When forced out into it, they struggle to survive.

At first this appears to be a simple coming of age story. Then Iona falls harshly from child to adult. It’s like watching a child being thrown into water to teach it how to swim. It’s heartbreaking and horrifying. For those who prefer gripping realistic horror, Pin Cushion is an exploration of the frailty of mind, disguised as a family drama. Haywood’s debut feature isn’t a sleek studio film. It’s indie all the way standing on its characters, story and the performances of Joanna Scanlan and Lily Newmark. They deliver.