Review of “Prodigy” by The Headless Critic 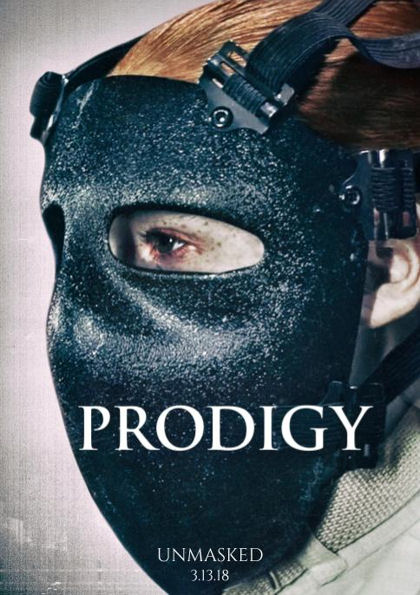 Psychologist Dr. Fonda (Richard Neil) has been asked by a friend and former colleague to consult on a case of a dangerous young genius, Ellie (Savannah Liles). Dr. Fonda has no idea what he’s walking in to. In a high security facility, restrained to a chair and under constant surveillance Dr. Fonda must analyze a pre-teen girl whose intelligence exceeds his own. He isn’t the first one to try and psychoanalyze this child. The mystery of Ellie isn’t limited to an exploration of her psyche or the events that led her to the confines of her chair. Time is running as Dr. Fonda tries to save a little girls life and possibly his own.

One room, two actors and one hell of a performance. First time feature writing and directing duo Alex Haughey and Brian Vidal stay within their budget constructing a dialogue driven exploration of the mind and a dire situation with an expiration date looming. A simple setup with a deep character driven story, relies heavily on its actors. The interactions between Richard Neil and his ”patient” Savannah Liles are what holds this Prodigy film to a higher evolution. For such a young child, Savannah Liles delivers lengthy dialogue to near linguist perfection while conveying the restricted emotion needed in her character. Richard Neil however, stands out, stealing the show. The middle aged actor you may recognize but probably don’t know by name, proves in his wonderful performance that there are a slew of actors in Hollywood that may not be the right age or body type for your typical leading role but performance for performance will blow your leading man out of the water.

Kudo’s to casting for both of these roles and just an overall nice cast. A small film like this with a little bit of meat in the roles, casts the right actors for the right parts and lets them run with it. This could have easily been one that slipped under the radar but becomes one with performances and a nice little uncovering of story that you just shouldn’t miss.