Watching Movies - But Deliver Us From Evil

Review of “But Deliver Us From Evil” by The Headless Critic 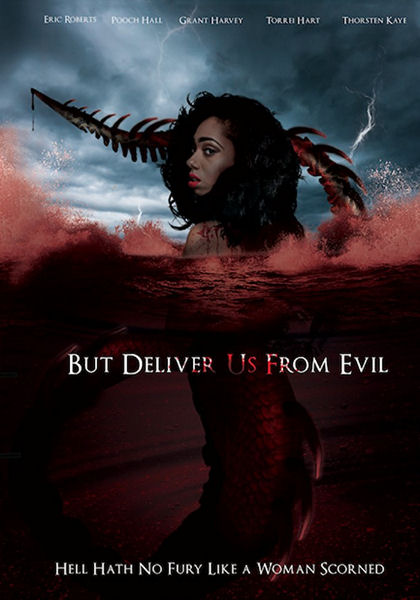 “Now we all know the story of Adam and Eve right? What if there’s more? What if something was left out?” Lilith has returned from biblical times to modern day Atlanta. A succubus who seeks to control man, Lilith is on a mission to destroy the descendant of Christ. The temptation of Lilith is more than most men can bear. Unbeknownst to Jeremiah (Grant Harvey) he’s become her next target. Can you resist the temptation of the mother of mankind? “Hell hath no fury like a woman scorned.”

With “faith based films” revolting against Hollywood, not every film that involves faith or specific religions qualifies as “faith based”. Joshua Coates writes and directs a biblical spin into horror. I’ve seen more horror movies involving the supposed second wife of Adam in the last year than I have in the history of Hollywood. While most incarnations of Adam’s torrid love affair are ghostly or haunted, Coates brings a literal approach in the succubus form of Lilith the monster.

Alice Rose steps sexily into the role of the almost mother of mankind. While I generally despise movies casting for beauty, Rose excels as one of the highlights of the films alongside Grant Harvey. Everything filmed, looks excellent. If not as a feature, definitely for tv. While the story plays out more like a Lifetime movie than anything theatrical, Coates makes a professional looking film. Voices are briefly off in a few scenes, not always matching perfectly but I have zero complaints on production values, even some budgeted CGI.

Some movies are fun, some are so bad they're fun to make fun of. But Deliver Us From Evil was just kind of there. Perhaps it was the Lifetime movie feel or just the general set-up that disinterested me. Those types of movies are rarely something I enjoy. Joshua Coates shows he can makes a nice looking film though. I just didn’t find entertainment in this one which is really the most important part.