Watching Movies - Within the Darkness

Review of “Within the Darkness” by The Headless Critic 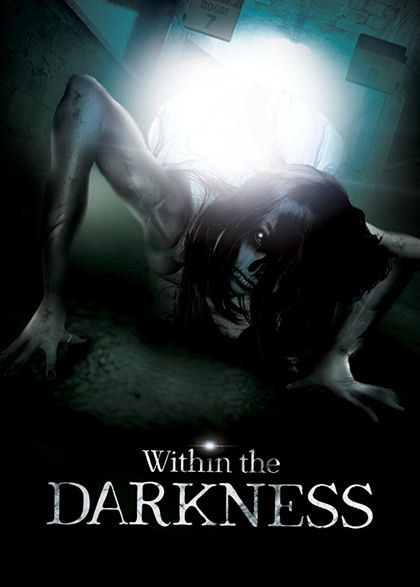 “The Paranormal Dimension with Austin Barnett” is a wannabe ghost hunting show that’s in the process of making their pilot to be picked up as television’s next series. Competing against popular shows like “Ghost Spotters”, creator and star Austin Barnett (Dave Coyne) knows he must pull out all the stops to get that coveted tv deal. Austin brings in a crack team of paranormal investigators including, Jessie Gower (Tonya Kay) - Chief Technology Expert and camerawoman, Megan McGraw (Shanna Forrestall) - Psychic Medium found on Craigslist and Lucy Winter (Erin Cline) - Occult Specialist/Researcher as well as Austin’s girlfriend who Googled her way to her position. Barnett has staged his first faux investigation that will provide all the activity to make the show a hit. The Paranormal Dimension crew is about to step into a place they were warned to stay out of. The Hewit House of horrors awaits them. “Be careful what you wish for.”

Forget the generic name that blends into every horror movie released this year and the atrocious cover that makes this movie seem like another SyFy film poorly animated full of unacceptable CGI. Production values impress except some minimally used budgeted CGI. Within the Darkness is an amusing horror comedy full of over the top performances, comical characters and throwback 80’s gratuitous nudity. Jonathan Zuck keeps his latest feature grounded in real world horrors with a score and characters so exaggerated that nothing can be taken seriously. The offbeat nature channels ‘Creep’ but in extravagant Broadway form.

There may no longer be anything original in a script of ghost hunters that bite off more than they were prepared to chew. Zuck and writer Cheryl Compton create a comically inspired spin on the overdone paranormal investigator plot. The script is largely predictable but kept entertaining by its filming style and outlandish performances. Erin Cline, Dave Coyne, Tonya Kay, Shanna Forrestall and John C. Bailey all hit their exaggerated marks. A film that could have easily fallen into the unwatchable category entertains on their acting abilities at the direction of Jonathan Zuck who succeeds in his second feature outing. Within the Darkness speaks to the lighthearted part of cinema I love. Set back and be hypnotized into the darkness as I was.