Review of “Last Seen in Idaho” by The Headless Critic 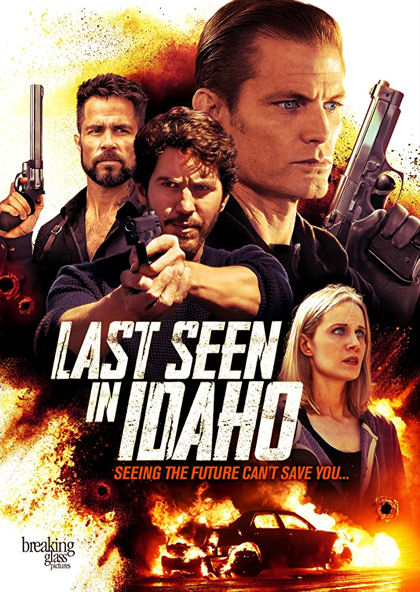 After a terrible car accident where Summer (Hallie Shepherd) only survives because she was thrown from the vehicle, she awakens in the hospital with no memory of what happened. Though she can't remember the past, she's getting visions of the future. As Summer struggles to recall the events that led to her nearly dying, she finds herself in danger from those who want what’s forgotten to stay that way. Visions of the future help serve as a means of survival as death continues knocking at her door.

Writing, directing and acting duo of Halie Shepherd and Eric Colley bring their latest creation to screen. Not able to remember how she almost died, everyone is suspect as Summer pieces together her past through visions of her future. A traditional mid-1990’s action film with a supernatural twist, Last Seen in Idaho plays out like a lost episode of the forgotten hit independent series Renegade or Dark Justice as an indie hero with a gift seeks justice while trying to survive a situation in peril. Actors are cast for beauty to deliver dialogue copying what what's heard on tv with little realism or originality. I never thought I’d write these words due to the films he chooses but Casper Van Dien stands out as the best performance in a psychotic rapist role.

Instead of creating an inspirational piece of work this Idaho missing memory case from Shepherd and Colley, feels like they were copying previously written made for tv films into their own feature. The final standoff is closer to being from an episode of Walker Texas Ranger than it is Reservoir Dogs. Production values are good. The idea isn’t particularly my preferred genre, playing out like a Lifetime movie at times. Unrealistic dialogue kills believable and some reactions from the cast don’t help. I know the television shows referenced have their audience. It is made well, it just isn’t made for me.