Review of “House on Elm Lake” by The Headless Critic 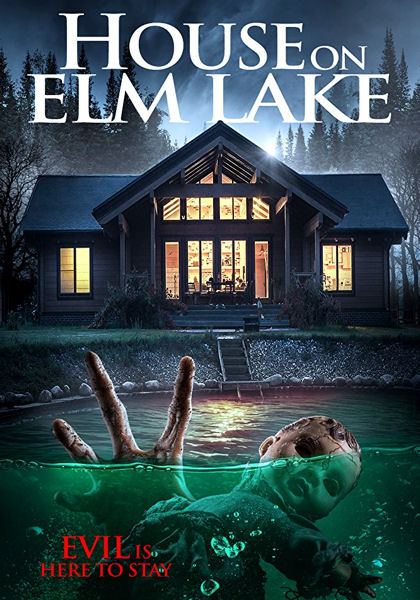 A house with a violent past gets a new set of tenants. Trying to get a new start at life, the Jones family just got a great deal on a house on Elm Lake. The brutal murders that happened in the house left it on the market for years. The new residents awaken an evil within their new home endangering any who dare to enter. New home nightmares are about to be taken to another level. Evil has a new home and it’s here to stay.

A Necronomicon diary, a nod to Elm Street and an Ouija board stir together in Carrie’s bucket of blood to make a cliché movie of haunted horrors. This latest brit horror flick tries to create some kind of story set-up as a reason for the attempted frights displayed while nodding to a history of horror. The result is so basic and cliché it’s slightly offending. Filmed in just over a week on a micro-budget is slightly forgiving as production values and acting exceed expectations for the circumstances. I’ll even go so far as to say that lighting is too bright and crisp, looking too good for a horror film that should’ve been a little darker.

Rape scenes, buckets of blood and a naked old man have all the makings of magical horror. Unfortunately the blood is the fakest I’ve seen used on film in some time. Make-up effects of the tired and battered are unforgivably worse but at least they didn’t attempt CGI. The blood covered, naked woman in the shower was still one of the best parts. While a little girl under the sheets with her flashlight may be another instance of cliché horror, it also stood out for its frightful imagery. Full frontal nudity by creepy old men will also always get my approval.

Eric (Andrew Hollingworth) and Hayley (Becca Hirani) couldn’t seem any less like the parents of young but not that young Penny (Faye Goodwin). All the explanations of parental youths can’t overcome this failed attempt at a believable family. The film fails on screams. There’s too many, they’re too loud and completely unrealistic. Logic is lost in reactions, hiding little girls in trunks as they go for imagery instead of believability. In general realism is cringe worthy as this House on Elm Lake copies what it has seen in other films instead of being original.