Review of “A Quiet Place” by The Headless Critic 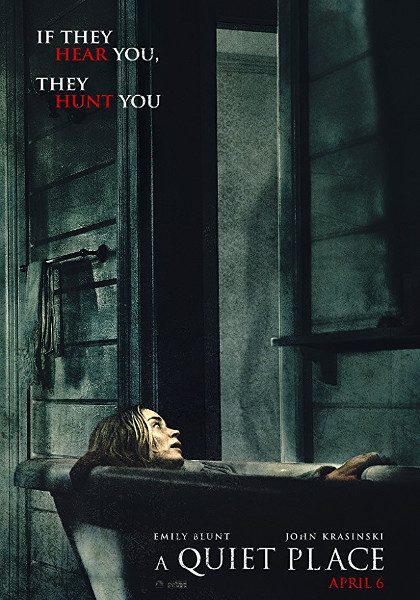 The world has been overrun by creatures that hunt by sound. Society as we know it has ended. Those who lived have done so in quietness. This is one family’s story of survival. Lee Abbott (John Krasinski) only wants to keep his family alive. His wife Evelyn (Emily Blunt) and young children Regan (Millicent Simmonds) and Marcus (Noah Jupe) live in constant fear. Ninety days into this new way of life they lost the youngest of their family Beau (Cade Woodward). A year later their nightmare continues.

Director, star and co-writer John Krasinski translates the family atmosphere and love found in his long running television show The Office into a horror movie and it works. So many horror films come and go forgotten each year that focus on the creatures and kills, flash and gore, while missing the basics of storytelling and character. Krasiniski proves you can have it all and it'll be marvelous. An intense setting is created from the opening scene. Characters are real and the center of the simple story. Small moves matter. Every move counts. It’s the basics of storytelling in indie film form...Plus monsters.

Barely seen which holds their impact, until the finale where the viewer is given all the heart wrenching creature feature they can handle. The creatures that have taken over Earth in A Quiet Place are simply the best I’ve seen on film since Ridley’s Scott’s original incarnation of the Xenomorph in Alien. The creature isn’t complicated, it isn’t overly smart. It’s hungry so it hunts. While A Quiet Place could have easily fit as another spin-off of Cloverfield and would make Tremor series fans drool if they thought it was a series rejuvenating sequel, it stands above those iconic films as the theatrical monster movie horror fans have been waiting for.