Review of “The Nursery” by The Headless Critic 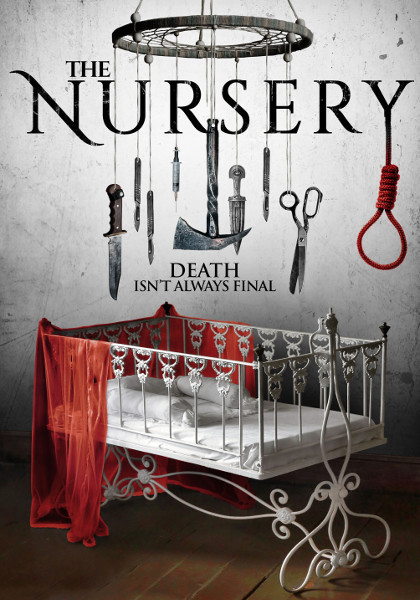 “Death isn’t always final” as Ranae (Maddie Conway) is about to soon find out. When a sophomore babysitter takes on a new infant client, the baby isn’t the only thing left in the house with her on this night. Haunted by a history of violence and death, a troubled family’s tragic past is about to revisit them. Has their deceased daughter come back to remind them she’s their first born or is what led to her death still haunting the family and it’s new babysitter?

The Nursery is a modern day low budget flick with a classic horror set-up. When Ranae begins to realize something isn’t right in the house she’s babysitting in tonight, her teenage friends, played by twenty-something actors gather for support. Well, some of them believe her, some believe “she’s about to file for divorce from reality.” Either way, the haunt begins. As the “teens” launch into investigation and an attempt at survival, the child being babysat becomes a bit of an afterthought. Oh horror movies…

Co-directors Christopher A. Micklos and Jay Sapiro produce a professional looking film that’s just a reel off what we’ve come to expect from Hollywood. Unlike most budgeted horror features where acting, audio or camerawork are usually so far off they’re unwatchable, The Nursery is done well but lacks the experience needed to meet the standard norm. The score in particular stands out in some interesting and loud choices. The best performance is called in by the only actor who actually might’ve been a teen Marco Lama, who’s only seen through webcam. Micklos and Sapiro still pack in some scares that horror fans should enjoy. Above all else they teach us that, “People who talk in a movie theater should be fucking shot on site.” So keep quite while you watch or The Nursery may haunt you.