Review of “Astro” by The Headless Critic 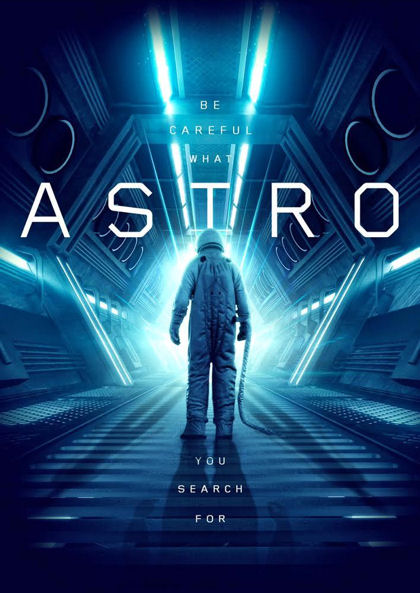 When a billionaire’s private space program returns to earth with an extraterrestrial being, the world will never be the same. Alexander Biggs (Marshal Hilton) has enlisted the help of an old friend and ex-special forces operative Jack Adams (Gary Daniels) to help him handle his alien prisoner. Jack’s family will forever be affected by the maniacal billionaire’s otherworldly plans.

Astro is a Sci-Fi thriller from Asif Akbar and his co-writer Bernard Selling. The duo shoot for the stars with a series of stories they hope to turn into a film franchise. The tagline for Astro is, “Prepare for exploration”, which for good and bad is what this review is about to do.

Storytelling just doesn’t flow. There’s a lot of story to pack into this hour and a half plus, low budget feature. Conspiracy theories get lost in pointless scenes with no film progression. Akbar and Selling obviously have a lot of story to tell but the runtime easily wasted twenty plus minutes. To their credit picture quality, lighting and sound are all professionally done. Then amidst this professional looking production random odd close-ups and other camera angles look amateur. Even at its best it looks made for tv over the feature film it presents itself as.

I don’t know if the newest generation of filmmakers grew up thinking what they see on the SyFy channel is acceptable for a serious film or if they’re just so determined to make their movie they’re willing to sacrifice realism to get it made. The alien looks cosplay cool but the CGI is the most stand-out, cartoony animation I’ve seen attempted to be portrayed as something real in a movie in a quite some time. Admitted the copy for review may not be the finished product and the animation may be a work in progress but I believe this is the version they're bringing to the public. You can’t throw a cartoon in the middle of your otherwise real world movie and expect it to go unnoticed. Only SyFy channel films that expect to be laughed at for their comedic ridiculousness of two headed sharks flying around in tornados can get away with that. If you’re making something you want to be taken seriously write it around your budget.

The ultimate killer for Astro is unrealistic dialogue. It’s Tommy Wiseau laugh around bad. It’s as if they tried to write dialogue for a movie instead of writing something you’d find in an actual conversation. Marshal Hilton gives a raspy voiced Al Pacino-esque performance that is absolutely killed by his dialogue. Saying the name of the character you’re talking to in every other line doesn’t exactly flow like real life conversation. Gary Daniels manages to hold onto a somewhat realistic performance showing his acting abilities can overcome a lot. He proves he’s far greater than just being a B-Action movie star.

I’ll be the first to admit that while I’m a fan of Sci-Fi, I’m not a fan of anything I’ve found on SyFy. Maybe I’m not the intended audience for this attempt at a serious SyFy film. Maybe there are fans out there for such movies but I’d personally get more enjoyment from watching a youtube clip of every scenes where one character says another’s name than I did from the movie itself.