Review of “The Lighthouse” by The Headless Critic

Production by: Dogs of Annwn
Distribution by: Uncork’d Entertainment 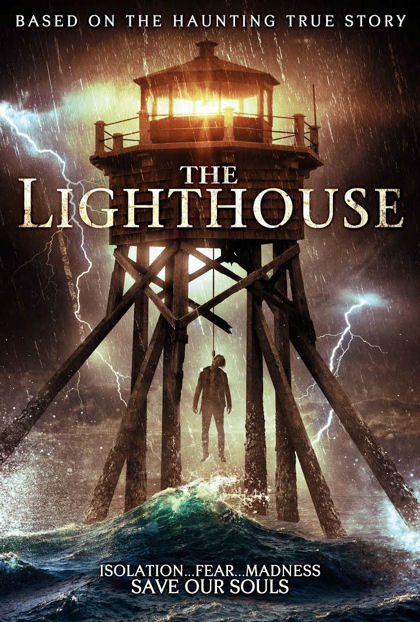 Stranded by choice for money, stranded by chance for sanity. 1801, Thomas Griffith (Mark Lewis Jones) and Thomas Howell (Michael Jibson) have been tasked to keep the light of the Smalls Island lighthouse. Their desolate posting on a rock twenty-five miles out at sea is a disaster. “Shes’ not an easy keep.” “The bastard doesn’t want us here.” An unexpected storm from the deadly Irish sea rages for months stranding the two men longer than their supplies will last. With no hope of survival, death becomes the end to something far worse as madness sets in on the two inhabitants of Smalls Island.

The look and feel of the turn of the nineteenth century is impressively captured in limited settings. The isolation of the small cast of mainly two characters leaves only the story and performances to entertain. Performances are nearly flawless led by veteran actor Mark Lewis Jones and oddly his fellow Star Wars The Last Jedi alumni Michael Jibson. The trouble with small casts of one and in this case two primary actors is to keep it entertaining. Something Robert Zemeckis and Tom Hanks would find out and overcome in 2000’s Cast Away. Adding to that trouble in Lighthouse are the limitations of being based on a true story but also with the vast but difficult task of capturing a descent into madness.

The beacon light of The Lighthouse only dips its toe into the horror realm. The first hour is a play being displayed on stage in character driven performances. The only thing horrific is the settings which are stunning. The final act of insanity stays grounded in reality as director Chris Crow and Michael Jibson turn to a familiar tale to tell their true story. Over an hour of set-up builds to a Poe Tell-Tale Heart finale, complete with narration of a man who feels he’s a murderer and beating heart by hand knocking louder at the door.