Review of “Quija Séance: The Final Game” by The Headless Critic 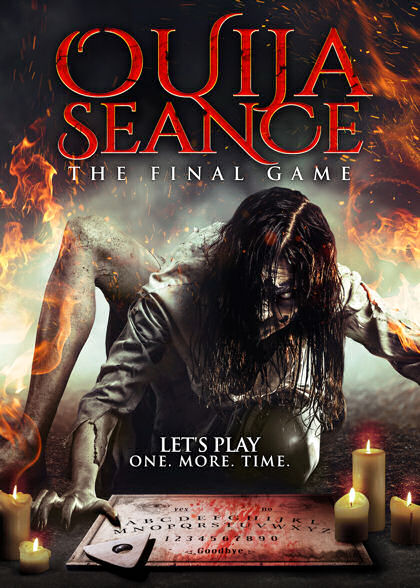 In the final hours of her extended stay in Italy Sarah (Katharina Sporrer) plans to spend her last night at a pool party with the friends she’s made before returning home to California. Everything is thrown awry when there’s a mishap with the paperwork of a villa Sarah inherited from a recently deceased Grandmother that she never knew. When the pool party is cancelled the group of four friends decides to spend the night at the old villa. Alone in the desolate and abandoned home there’s nothing to do but explore, have sex and play with an old Ouija board they found in the attic, big mistake. The group awakens an evil entity that inhabits their bodies and consumes their souls. This is the final game.

The first half of the feature is a well done build of younger adults looking to have fun that end up in the wrong place where they make a very bad decision. In only his second feature Andrea Mugnaini shows he can capture quality behind the camera. In fact the only thing that separates this English language Italian film that plays on the name and game of the American series with a wide theatrical release Quija and its lower budget, straight to video namesake, The Quija Experiment is its finale. This Italian feature pretty much blends in with the rest of them. The Ouija board plays less of a role summoning an evil entity that very well could have already been in an otherwise haunted house feature. The cast to die is smaller, primarily focusing on a group of four. That is where perhaps a lack of budget plays a factor. With such a small cast, a story that plays out like a young adult drama dies a slow death instead of going out with a big Hollywood bang.

For those of you who enjoy the numerous amounts of haunted horror movies with Quija boards summoning those dark entities, this Italian feature copies it well. That being said, it is still a copy, lacking originality some horror fans might need. Like the similar titled series before it, the creators may be looking for another Ouija franchise.