Review of "Daughters of Darkness" by The Headless Critic 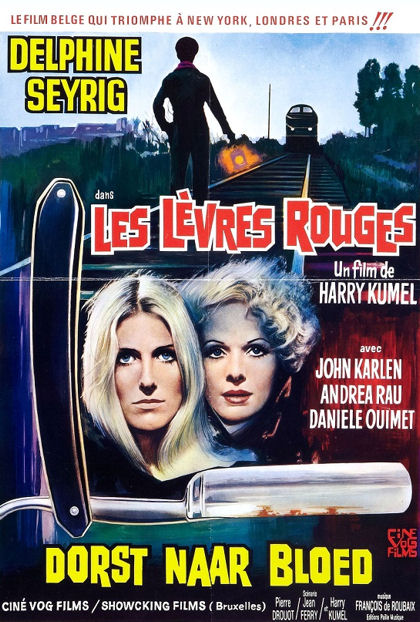 A newlywed couple arrive at their honeymoon hotel in a town where virgin bodies drained of their blood keep being found. Arriving to their hotel soon behind them is the Countess Bathory (Delphine Syerig) and her lesbian lover and secretary Ilona (Andrea Rau). The Countess is the only suspect of detectives in the mysterious murders and she has her sights set on seducing Stefan (John Karlen) and his new bride Valarie (Danielle Ouimet) as her next victims. She wants them for her bed, she wants them for her body, she wants them for her dinner tonight. Check in to her hotel of seduction and let her lure you in with her lustful ways. It’s a seduction of the mind, the body and the very soul that’s at stake.

“That’s why he dreams of making out of you what every man dreams of making of every woman, a slave, a thing, an object for pleasure.” These Daughter of Darkness are everything I dislike about most movies of this era. Over acted, over sexualized, and made for imagery, not story. It’s a niche genre piece that some people absolutely love. There is a lure in the eroticism of this fil but my love is lost in unrealism.