Review of "Euthanizer" by The Headless Critic 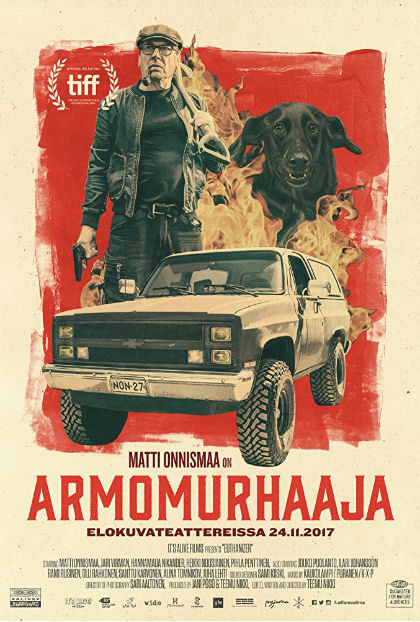 When you learn to take a life at an early age, it stays with you. Veijo Haukka’s (Matti Onnismaa) destiny was set at an early age when he mercifully killed his family livestock in an inhumane way. Now an adult in his fifties, Veijo has come to be known as the man around town to take your animal to when you need a merciful killing. His love of innocent animals outweighs his love of people. The inhumanities of humanity are weighing on Veijo and he’s someone who knows what it’s like to end a life. That’s a dangerous combination when he grows ready to end his own.

A story of suffering and death, Euthanizer explores the evil and the mercy of mankind. Writer and director Teemu Nikki’s slow paced Finnish feature tells a slow story of a man coming to his end. It is simultaneously reminiscent of No Country for Old Men, Gran Torino and Falling Down. I could see the title character being played by a younger Clint Eastwood in an American remake, or perhaps directed by the acclaimed director’s eye.

Veijo is brought an animal to kill by a white supremacist who can’t stomach doing it himself. Veijo deems the dog shouldn’t die and punishes the man who wrongfully wanted to kill it setting off a chain of life altering events that culminate in a brutally realistic ending. It’s well acted, sullenly shot, with imperfect characters who are flawed and real with depth to explore. This isn’t a film for members of PETA. The only innocents in Euthanizer have four legs and probably die.