Review of "Show Yourself" by The Headless Critic 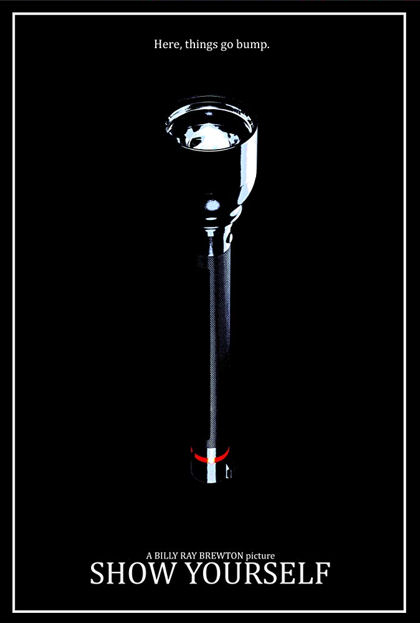 After the shocking suicide of his best friend Paul (Clancy McCartney), the guilt stricken Travis (Ben Heathcoat) is on edge with his personal and romantic relationships. He seeks solace deep within the woods, taking to the wilderness to scatter his friend’s ashes and find closure on a solo camping trip of running away. He is not alone. You cannot run away from your thoughts and something is following him. Frightened in the woods, Travis is haunted by his recently deceased friend but is it ghostly or just memory? Is the lonely mind playing tricks on him in the darkness of the woods or has his dear friend followed him to help spread his own ashes? Saying goodbye is never easy.

If a ghost haunts you in the woods does it make a sound if you’re the only there to hear it? That is the question raised in the latest feature of writer and director Billy Ray Brewton. A troubled mind finds trouble while seeking harmony. Show yourself follows Travis who has something following him. A character study at the most troubling of times, this is one man’s journey through dealing with death.

Shot brilliantly on a budget, the small cast of mainly one makes you question what is real that goes bump in the night. This paced drama of dealing with death is second guessed when the possibility of something horror arises. As unseen noises from the woods make Travis question his sanity, drama builds. By the time we’re given the confrontation of a simple conversation with the shadow of a man, it’s as creepy as Victor Pascow in Pet Semetary.

Well-acted, professionally shot, simple but creepy, the only limitations put on Show Yourself is within the story itself. Not your traditional horror, Show Yourself explores the horrors of the mind and the possibility of ones guilt and imagination next to a traditional haunting. I personally would have preferred something a little blunter, but there is beauty and originality in the indie film explanation of an ending.