Review of "The Grand Son" by The Headless Critic 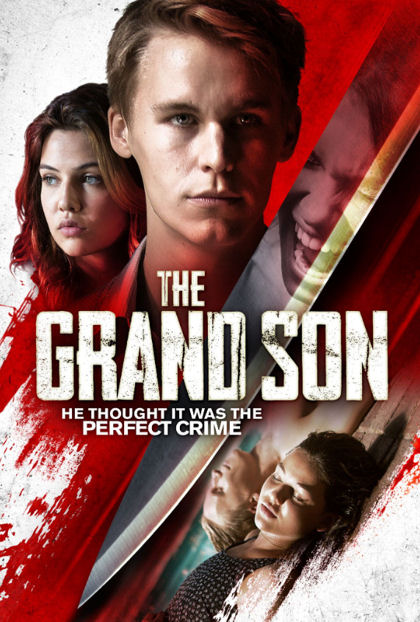 Aging actress Judy (Lesley Ann Warren) has been relegated to a fledgling home shopping show in the twilight of her career. Her posh life living in the Hollywood hills has become customary for her two live-in, adult grandchildren Tod (Rhys Wakefield) and Lani (Fabianne Therese). Then one day, sorry not sorry, accidentally on purpose, Judy is shot in the back of the head by the grandson, killing her instantly. Desperate to keep his lifestyle from being threaten, Tod begins a slow cover-up of murder. Is this the diabolical plan of a narcissistic murderer who thinks he’s smarter than everyone? Or is it an attempt to figure a way out of an accidental death by a scared young boy?

Director Robert Logevall’s first feature in a decade is a Polish made, English language film about the eccentricities in the self-centered hills of Hollywood. The Grand Son is built around the performance of the grandson Tod played by Rhys Wakefield. Wakefield manages to take a pretentious, narcissist, murderer and lure you into his side at the end of his charming smile. The beautiful and talented Lesley Ann Warren provides a wonderful supporting role, leading a cast of youths that pull off socialites well. These American pets revolve in a world that doesn’t exist outside of their own with wonderful egocentric performances from Danielle Campbell, Sarah Clarke and Fabianne Therese.

Writer Abram Makowka’s story starts with death, ends with death and in the middle, there is death. The meaning given to the taking of an animal’s life outweighs that of the ending of a human life. Beauty plays out in slow motion with majestic meaning in the death of an animal. Human life is gone in a flash, volatile and with a weight that’s only given by society standards. It’s a beautifully apathetic film. It is careful not to get lost in its own lack of emotion by setting consequences and paranoia for its actions.

It is Cruel Intentions all grown up, replacing maintaining status as your motive over cruelty in boredom and with death instead of sex as your means to achieve your elite scheme. In 1999, The Grand Son would have been distributed across the country finishing second only to whatever blockbuster was out in theaters at the time in its opening weekend run. The acting is there, the filmmaking is there, the story is there, the only thing that might be missing is that second definitive wow moment to finish off the story arc and solidify this one into the minds and memories of an American audience.