Review of "Blood Clots" by The Headless Critic 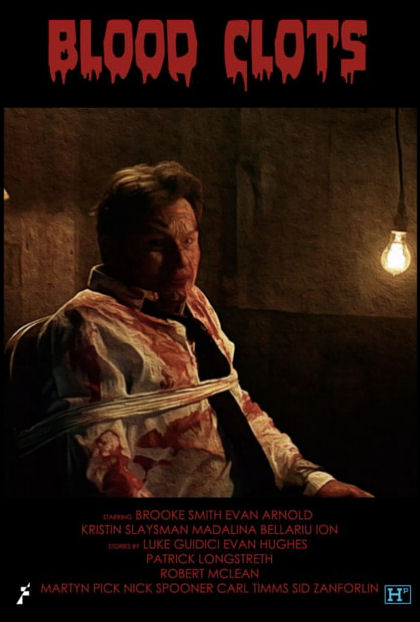 Seven bloody shorts have been gathered to entertain and disgust you in this anthology of a comedy of horrors. Two zombie shorts, a werewolf, an alien among monsters, an ode to Cthulu and killer jellyfish, Blood Clots is heavy on the creature features but along with some cannibalistic hillbillies, it does what the title promises and brings the blood.

In a largely quiet film, there’s surprisingly a lot of good dialogue much of which is quoted in this review. With any anthology I prefer a wrap-around story to connect unrelated shorts. Even if they didn’t want to film a scripted write-around Hewes Pictures could have found their version of an Up All Night, Cryptkeeper host. With so many short films out there that deserve a larger platform to find an audience, I always appreciate a distribution company bringing shorts together for a feature release. Even without a wrap-around, the common bloody theme is appreciated.

The first Clot brings the rot, the second brings it home to a family plot. The third Clot dies of a dick door stop that couldn’t keep the monsters out. The fourth Clot makes dinner so we can eat, the fifth holds still so we don’t become meat. The sixth Clot attacks from the sea with the king of all jellies, the final Clot steps out of the sea to feast for our bellies. Seven blood-curdling tales are brought together into one film from seven short film directors all sharing their horrifying experiences of blood loss. Dissected for your reviewing pleasure, one blood clot is enough to kill you, seven and you’re surely dead. 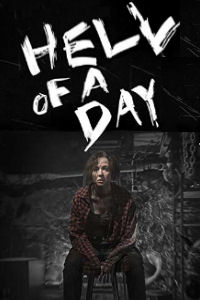 Clot I: Hell of a Day - 2016
Production by: Bonedaddy Productions

Injured and alone, a Woman (Alexandra Octavia) pulls into a boarded up Inn seeking salvation from the undead residents who now roam the earth. As the zombies close in on her, she seeks safety in the cellar. Stuck in a basement with a corpse, the young Woman’s fight for life turns into a fight for her sanity as the reality sets in that she’s going to die there. “It’s a strange thing feeling your brain rot out of your skull. Pouring like sand from your ear, knowing it can’t be stopped.”

A familiar zombie tale that brings isolation and madness into a cannibalistic, mutilated, twist ending. 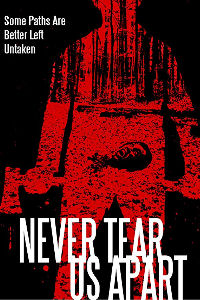 Clot II: Never Tear Us Apart - 2015
Production by: Head on the Door Productions

In a shack of a cabin, in the middle of the wood a scream rings out through the forest like a cat in heat. What’s inside will terrify those out for a scenic walk in the woods. What’s inside is dying to eat you. It’s getting dark; it’s time to come home.

“Well butter my butt and call me a biscuit”, Never Tear Us Apart provides my favorite scene in the entire movie and one of the best decapitation scenes I’ve ever experiences in cinema. This ax to the head alone is worth watching the movie for. 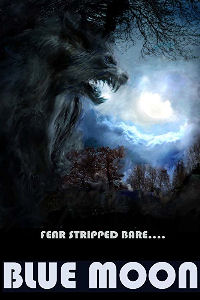 “One of you lads is going to end up banging this bird in the back of my love van.” Dialogue rich and visually raunchy, this Blue Moon shines bright particularly in their casting. 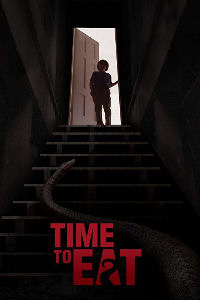 It’s an age old tradition to show your child how to go out on their own and provide for their family by hunting and killing their supper. It’s a little more difficult to provide for your family when your supper is hunting you! It’s time to eat.

The shortest short, there’s more left to question than there is answered but the unanswered questions may be the real brilliance, playing on your imagination. 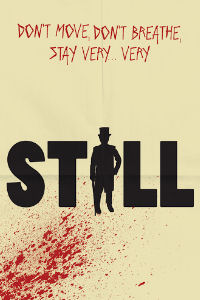 Frozen in fear, death is all around you. Blood, gore and cannibalism is everywhere. If you want to survive, don’t let them know you’re alive. You can’t hold Still forever.

“I was always unusually good at musical statues and I could bust a move like Travolta when the music played” “Right now all the money in the world couldn’t make me move an inch.”
– The Statue (Joe Capella) 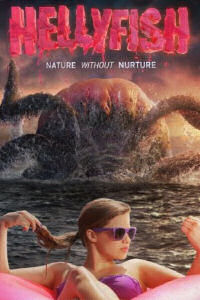 An Iranian terrorist (Mohammed Sinbawy) on a different kind of mission and a sexy Russian spy (Agnes Asplund), row a tiny little row boat into the middle of the ocean to retrieve a long lost bomb and destroy America with. An underwater adventure pits suicide bomber against killer jellies. This one explodes into the attack of the Hellyfish. “Go back to hell you squishy motherfucker.”

If you’re going to do CGI on a budget, at least make it colorful, cartoony and fun, set to some out of place music that Helly entertains. 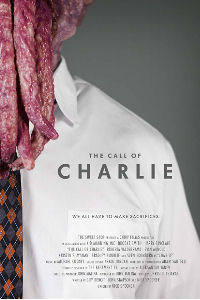 Is there anything worse than a blind date? Yes, a blind date with Charlie. He’s not your ordinary guy. In fact he’s not a guy at all. Charlie is the man of Lovecraftian dreams. The oddities of a squid-man can be alluring to a potential mate. It can also be deadly. All relationships require sacrifice.

An ode to Lovecraft told in a rom-com setting. The political correctness at this dinner date will be the death of you.

Pain, discoloration, numbness, loss of feeling and terror at the realization are all symptoms of watching Blood Clots!