Review of "Wolfman's Got Nards" by The Headless Critic 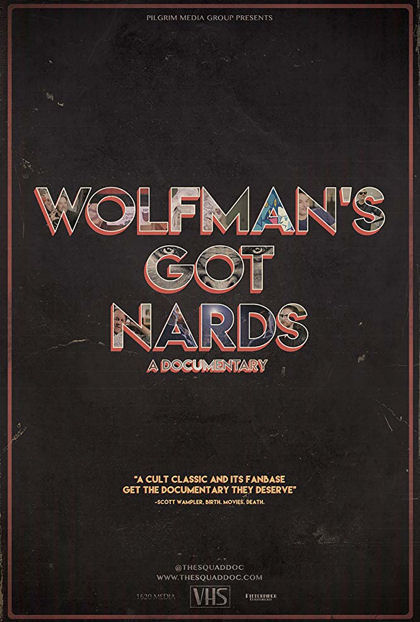 In the summer of 1987 a project two years in the making brought back the beloved Universal Monsters combining them with a group kids like in the hit movie The Goonies in what would surely be the summer’s biggest blockbuster. The Monster Squad came to theaters, reviews were mostly negative and hardly anyone went to watch it. The twelve million dollar movie was a box office failure.

By the mid-1980’s video rental stores were bringing new life to old cinema. Movies missed in theaters were resurrected much like the monsters from Universal Studios. The Monster Squad was brought back from death via VHS rentals. It wasn’t until twenty years later that the people involved realized they’d made a movie that had lived in the hearts of the children who watched it for the last two decades. This is the heartfelt story of the fall and rise of The Monster Squad.

The success or failure of a film has so many variables. Number of theaters that pick it up, release date, what’s going on in the world, advertising, word of mouth, and so much more. Opening weekends see number one movies that five years later are five years forgotten. Other movies find their audiences over time and gain cult followings of faithful fans. This is the story of one such movie about a gang of kids that take on the world’s scariest monsters.

What defines a "cult" movie? If you're wearing your Stephen King Rules shirt and someone mentions liking Stephen King too, you know they just don't get it. However in that rare instance someone sees your shirt and knows where it's really from, you two are immediately connected through your mutual love of The Monster Squad. Sounds like a cult of followers to me.

Hear from the men who wrote and directed a film that bombed at the box office but worked its way into the hearts of kids across the country. Meet the monsters, meet the squad. All brought to you at the directing hands of a Squad member himself, Andre Gower. Hear the heartbreaking story of those who couldn’t be here with us to see its newfound success today. Meet the movie stars it inspired into the business. There’s original concepts, reinvented artistry, enthusiasm, failure and finally a long awaited success. Once and for all, the question is once again answered that indeed Wolfman does got nards.