Watching Movies - Incident In A Ghostland

Review of "Incident in a Ghostland" by The Headless Critic 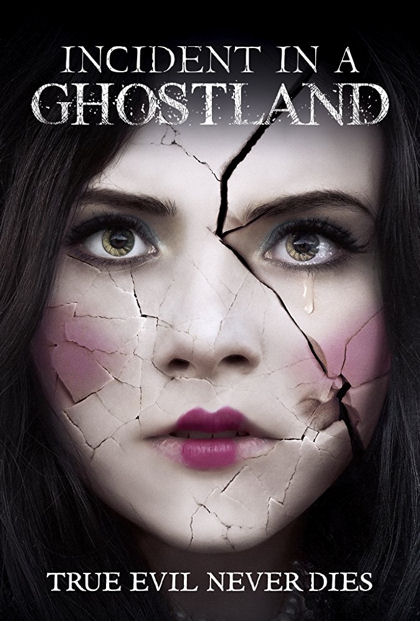 A fairytale that’s all too real of little girls, witches and ogres. Can sisterly love hold them together as they journey through the harrowing forest of evil and monsters? He just wants to play with dolls... Bread crumbs mark the way back home to happily ever after as the candy truck lures you to a ghostland that cannot be forgotten. “Imagine your fear” and find it realized.

Following her aunt’s death single mother Pauline (Mylène Farmer) moves her two teenage daughters Beth (Emilia Jones) and Vera (Taylor Hickson) into that kooky old French lady’s house. A killer is loose in a Ghostland. He’s killing the parents and taking their children. The first night in their new home this family is going to be paid a visit. Pauline must fight to save her daughters lives but even if they live what kind of life will she be saving? The fragility of mind is easier shattered than it is pieced back together, especially when the image it mirrors is one of terror.

The most gripping, realistic “slasher” film since The Texas Chain Saw Massacre. I’ve never seen a home invasion movie quite like this. Pascal Laugier’s greatest work yet. Captivating from the opening scene until the last of the story is written. Kevin Power is wicked, creepy and disturbing. Rob Archer is a menacing, vile brute. Emilia Jones makes you feel the fear. Taylor Hickson captures terror. It’s amazing how they transform from little girls bickering into strong women fighting for each other’s survival. This is a horror masterpiece that would make Lovecraft proud. It broke me, now it’ll break you. For once face your fears.

There were a lot of films at the UK’s largest horror film festival this year. With up to three titles playing simultaneously at any given time, it’s impossible to catch them all. It would also be nearly impossible to find a horror film I liked better than Incident in a Ghostland which is my selection for the best film of FrightFest UK 2018.