Review of "Hevn" (Revenge) by The Headless Critic 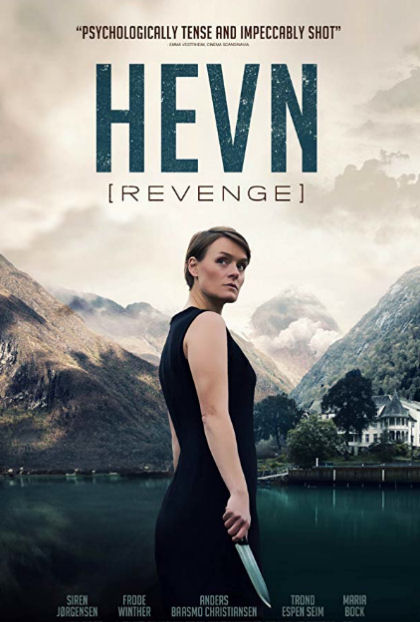 How far would you go for Revenge? Rebekka (Siren Jørgensen) just drove cross country to a waterfront hotel in western Norway. Her younger sister had just committed suicide. How to you enact revenge for a suicide? By taking vengeance on the inn keeper who molested her years ago causing her mentally unstable state where she eventually took her own life rather than living with the pain. As Rebekka embeds herself in Morten’s (Frode Winther) life she second guesses her actions as she sees the implications it'll have on his family if she gets her Revenge.

Justice for one if the repercussions fall onto others who are innocent? That’s the position Rebekka finds herself in when she faces the child molester who ruined her sisters life. Subject matter is deep in Kersti Steinsbø’s first feature film. This isn’t your typical “rape revenge” movie. It has a conscious for its actions. The victim starts the film deceased. Revenge is sought by the family. Revenge has consequences. What starts as a rape revenge movie we’ve seen countless times before, finds morals for its actions.

Steinsbø directs a heartfelt revenge film that’s more than the blood and guts of the genre’s normal slasher fare. Performances may have been lost in closed caption but the cast is magnificent. Siren Jørgensen is a hurt, distraught and distant would be killer. Frode Winther is likable even if he is a golden child. Disgust grows as his secret perversions come out that are hidden from society including his own family. With the victim gone before the film begins, Morten’s wife Nina is the real casualty here, played soccer mom perfect by Maria Brock. This is the layered rape revenge script that most films gloss over with violence. It’s thoughtful, it's deep, it's slow paced and some of you won’t get the conclusion you seek. It’s realistic and it works.