Review of "Ghost Light" by The Headless Critic 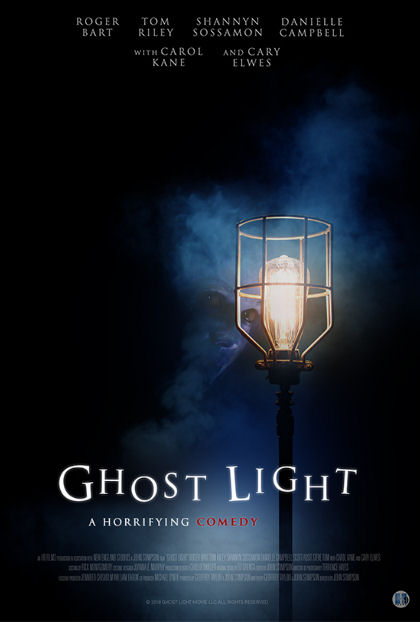 A group of superstitious thespians take to the stage in a remote western Massachusetts town. Their way off Broadway production was supposed to be the saving grace of this upstart troupe of fallen or forgotten actors and up-and-coming youths. When one actor disregards stage superstition, he brings forth the Shakespearian curse of Macbeth. The Scottish play that was supposed to save them may just be the death of them.

An excellent cast of actors you wouldn’t expect to find in a horror film, headed by Cary Elwes and Carol Kane create an eccentric cast of characters for this horrifying comedy. Elwes and Kane are turned loose both giving over the top performances that are a lot of fun to watch. In addition veteran actors Steve Tom and Roger Bart bring their talent to the stage. Steve Tom steps out of his typical typecasted role showing a fatherly age actor can still have a fun on screen character. Bringing youth and beauty to light are Tom Riley, Danielle Campbell and Shannyn Sossamon who has one of my favorite straight laced roles.

Veteran director John Stimpson brings the stage to screen in this horror themed play of comedy. Ghost Light mirrors a forgotten play to film that I love from the early 90’s called Noises Off… which I’ve always thought of as an underrated gem. One of my favorite characters to see in film is a group of thespians playing versions of themselves because they already know the type so well. The tragedy of Macbeth is the perfect setting to let your actors do what they do best, entertain.