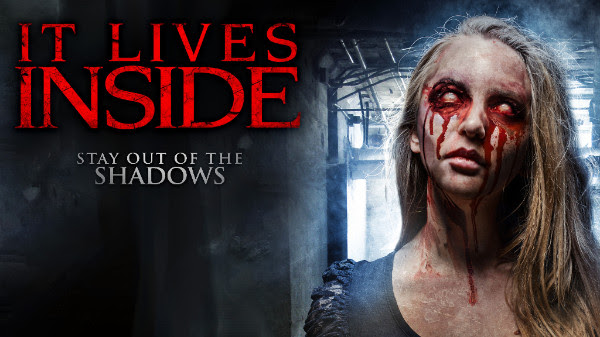 Watching Movies - It Lives Inside

Review of "It Lives Inside" by The Headless Critic

It Lives Inside– 2018
Production by: Death Spiral Productions
Distribution by: High Octane Picture 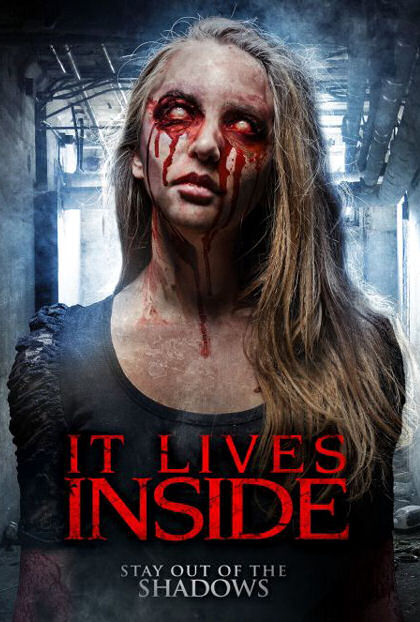 A young couple and their infant son make a new start in their new home. The Man (Rett Terrell) is a recovering addict whose weaknesses have cause turmoil in his young marriage. The Woman (Alissa Ford) is learning she should have listened to her Mother (Laurie Cummings) before marrying this man. He is trying to hold their family together. Their existence is meager but he’s taken seasonal work as a gardener that seems to be growing and it helps him stay clean.

They haven’t even unpacked in their new house when The Man finds some mysterious text in the attic while sleepwalking. The words foretell his impending possession. As the days pass and life’s struggles bear down, the weight of his world falls on the struggling addict's shoulders. Did some silly old attic writing predict it right that The Man would be possessed? Or do his demons come from a bottle. “Stay out of the shadows.”

Jeff Hall writes and co-directs alongside Sean Bingham in the two’s first feature him. It’s film school played out on screen. The basis of what you need to make a no budget feature is there. They have a small cast with a story based script that’s a character study of a slip from sanity. The tiny cast is almost as inexperienced as the filmmakers. Rett Terrell does his best but the film relies so heavily on his performance to make this movie, the young actor just doesn’t have the Jack Nicholson experience needed to pull off his Jack Torrance role.

The basics of filmmaking like lighting, sound, camera angles and the score make the movie feel like you’re watching a student film instead of a feature. Minimally used CGI are effects on a budget but are also used sparingly. Deep subject matter of the script can make up for the lack of production values. Production values have value for a reason and even the basics are lost here.