Watching Movies - I Still See You

1st Movie “I Still See You” Review by Jason Minton

I Still See You – 2018
Production by: Gold Circle Films
Distribution by: Lionsgate 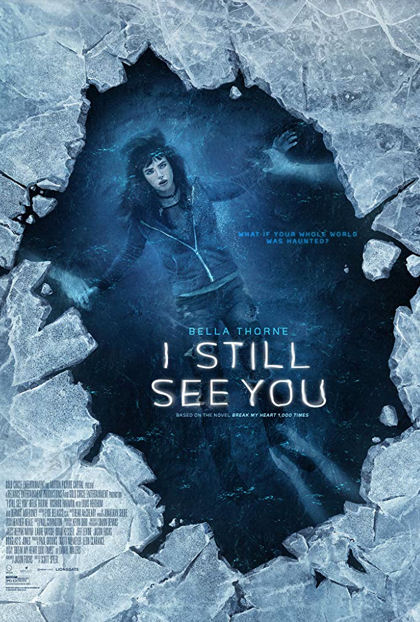 “Everyone remembers where they were that day, the day of the event. We were only 50 miles from ground zero. The event took people we care about but it also left a part of them behind, remnants.”

Ten years after a catastrophic event that forever changed the world as we know it, those who survived must live in a world haunted by the ghosts who died that day. Like a playback on a tape that’s been recorded over, the remnants of what was there remains in fleeting glances, replaying the same events over and over for eternity. When a teenage girl Roni (Bella Thorne) receives threatening messages from the beyond, she must figure out why the dead are trying to make her one of their own. In a world of the shadow of the dead Roni and her love interest Kirk (Richard Harmon) descend to ground zero where the deceased are stronger and the dangers far too real.

“What if your whole world was haunted?” A nearly post-apocalyptic world full of ghosts also has a killer on the loose. Alive or dead the killer is very real. Love and teenage angst in a world of the undead is very much the setting of this Twilight in a different light. Dark and brooding Roni and Kirk bond out of circumstance as they try to save her life which leads them on an investigative mission at ground zero.

Based on the young adult novel Break My Heart 1,000 Times from Daniel Waters, this young adult movie explores the dark romances of the deceased. Ghosts are romanticized as vampires, werewolves and zombies before them have been in similarly themed books made into features. Tween girl horror isn’t made for me. While I find a lot about the film juvenile annoying, the concept is very intriguing and the killer very real world if not predictable.