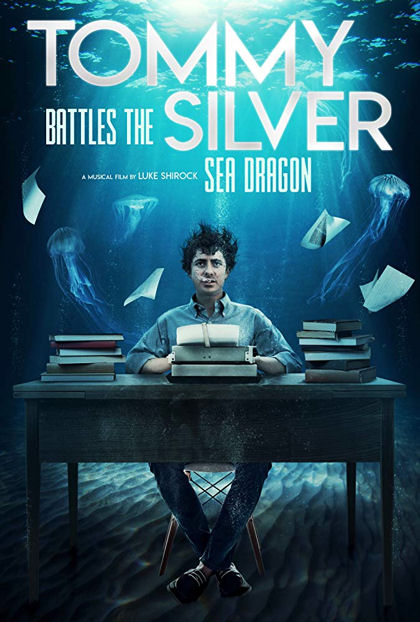 It’s easy to love, it’s hard to let someone love you. The emotional baggage Tommy Silver (Luke Shirock) has brought into his relationship has killed the love of his life Carolyn (Celine Held). He now stands trial of his own convictions. There’s no worse judgement than that of your own mind and heart. Now Tommy must face the most terrifying monster of all if he wants to save the one he loves, himself.

Writer, director, star, producer and composer Luke Shirock comes out of nowhere to create a masterpiece. Every piece of his first feature film fits together so perfectly it shines through that Tommy Silver is a passion project years if not decades in the making of his mind. The title may leave you in wonder of what this movie is about but once you’ve seen it the title fits perfectly. A musical by sound, a love story by heart, as someone who generally doesn’t like musicals and is selective on romance I absolutely loved this.

Built on the performances of Celine Held and Luke Shirock himself, an intimate bond is formed with the audience in the relationships of the characters. If Hollywood award shows were legitimate this movie and those actors would be winning Oscars. Every character from the cat to the Prosecutor (David Anderew Macdonald) to the Defense (Michael Kostroff) and even the Sexy Zombie Nurse (Chelsea Ingram) stand out no matter how small the role. Characters without lines like the jurors are as memorable as the munchkins of The Wizard of Oz.

Going into Buffalo Dreams Fantastic Film Festival as a horror writer, I expected my favorite film to be horror. It was until I saw this on the final day of screenings. “A journey into surreality” wins for my personal favorite of the festival and I believe Buffalo Dreams honored it as their favorite as well. It’s seldom a movie moves me, Tommy Silver captured my heart. Iamtommysilver