Review of "Bloody Ballet” by The Headless Critic 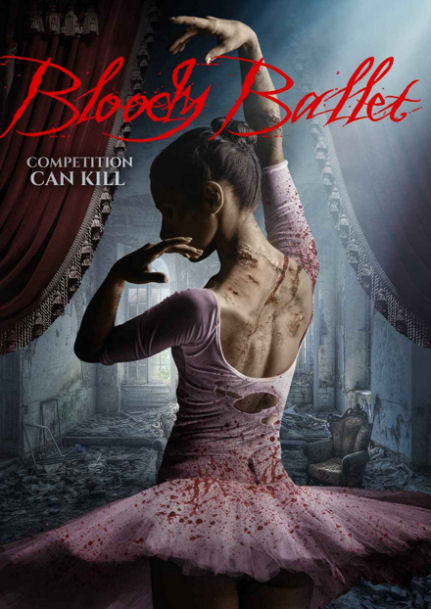 For the first time in years there’s a new star of this year’s Nutcracker ballet. Being the best comes at a cost and Adriana (Kendra Carelli) just got the lead. In ballet the pressure to stay on top makes it one of the most competitive art forms. Already seeing a therapist, the pressures to be the best have Adriana about to crack, no pun intended. Now there’s a killer on the loose slaughtering ballet dancers in the most brutal of ways. The bloodlust of ballerina bodies ends with its new star dancer.

From the opening scene Bloody Ballet transforms the viewer to a simpler time when horror movies were all about the score, gore, nudity and psychological undertones. If ever a retro movie was made of the 70’s and very early 80’s without feeling intentionally retro, Brett Mullen first feature is it. It’s dark, it’s gritty, it feels just a little bit like 1979’s Tourist Trap or perhaps that's just the mask. It isn’t seamless Hollywood moviemaking and it’s better for it.

80’s horror queens Caroline Williams and Debbie Rochon make role call in this throwback feature in fundamental parts that are more than a cameo. Filmmakers should take note, this is how you use a horror icon in a new feature film. Throwing talented actors in a movie for name recognition is a waste when their immense talents could be cast in actual roles. Caroline Williams stands out with a good performance and both ladies fill roles you wouldn’t expect to see them play.

The original title Fantasma and the poster for Matt Cloude’s creation are much better than what distribution rebranded this film. Don’t let the generic cover or the name let this one get lost in the sea of VOD horror out there. I enjoyed Bloody Ballet as a standalone film but I like it on a whole other level for taking me back in time to movies you don’t see many of these days. Watch the opening montage. If that doesn’t get your retro horror heart going nothing will. For retro horror fans it’s a can’t miss!

Listen to Debbie Rochon of Bloody Ballet only on
Without Your Head!