Review of "Mrs. Claus" by The Headless Critic 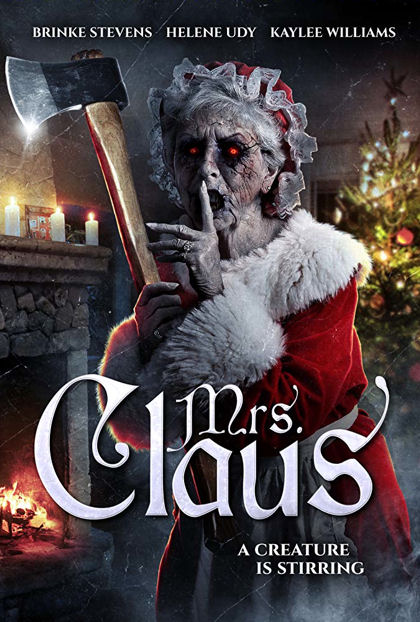 A demoralizing sorority hazing leads to murder and the suicide of a young girl Angela (Mel Heflin) who mentally snaps under the humiliation of pledging. Ten years later the murdered sorority sister Amber (Kaylee Williams) has a biological sister Dani (Hailey Strader) pledge the same house. No one understands why Dani pledged her sister’s sorority. Every since joining Dani’s struggled to not to let the messed up scenario of living in the house where her sister was murdered bother her. Now she has someone sending her threatening messages, signing them Mrs. Claus.

Trying to overcome the horrid past of their house, these sorority girls throw a Christmas party. With most of the school gone for Christmas break this is going to be one of the lamest parties in house history. Somehow Mrs. Claus got an invite. Now a decrepit old lady is running loose killing house sisters. These girls must pay for being naughty. “You won’t be going home for Christmas!”

The second feature from writer, director Troy Escamilla is low budget horror with merry practical kills. For the reported ten thousand dollar budget it’s impressive. There’s no doubt when you turn the film on sound isn’t studio quality and lighting has some issues with double shadows and at times being darker than it should. While noticeable, unlike many low-budget horror films the film is kept jolly and the technical issues are mostly able to be overlooked.

The passion and fun behind the film is evident getting expressed on screen and making Mrs. Claus far more enjoyable than the crews experience. The kills aren’t extravagant but they’re amusing, even when it’s a simple knife going into a stomach or excessive blood pouring down on our final girl as someone dies on top of her. My personal favorite is the repetitive use of a garrote. It’s not flawless but it’s so enjoyable watching the blood squirt. Just when you thought this review was over, I’m dreaming of an even bloodier Christmas...


2 out of 5 Headless Critics