Review of "Luciferina" by The Headless Critic 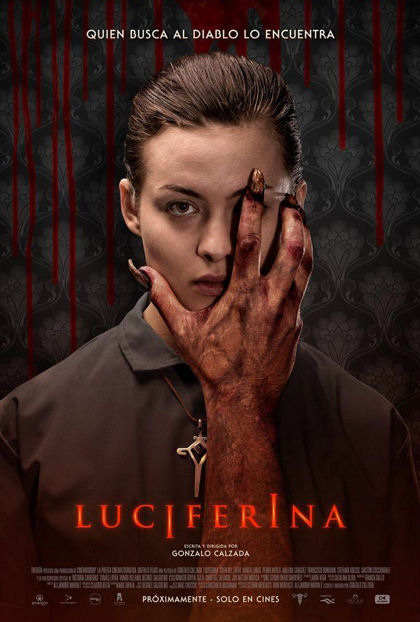 A nun to be Natalia (Sofia Del Tuffo) is forced to leave the church and return home to care for her ailing father after the death of her mother. Reuniting with her sister and her sister's friends, they decide to travel to the jungle to search for a plant with rumored healing powers. Deep in the jungle a virginal nun is forced to face her own conception and the true reason for her existence as she has a carnal encounter with the devil himself.

The sexuality in writer, director Gonzalo Calzada’s Luciferina in primitive. Virginity is praised in this biblical telling as a long build with a horror feel but no actual scares that leads to an on screen deflowering by the devil in the shape of her love interest Abel (Pedro Merlo). At times the sexuality of the film is just disturbing to watch. Actress Sofia Del Tuffo is one of the highlights of the film but it’s almost wasted in the all bearing finale.

The bible is full of potential horror filled stories. Luciferina explores deep subject matter but focuses on the sexual prowess turning itself into a horror version of a biblical concept but as told by a pre-pubescent boy who’s never seen a woman naked outside of a computer screen. While the utero CGI child in the womb is amateur the possessed birth scene is one the most effective in the movie. The truly disturbing scenes are the near rape fondling Natalia incurs before she forcefully but willingly gives herself over to the devil. It’s the kind of disturbing that makes you feel dirty and want to stop watching.