Review of "The Cabin” by The Headless Critic 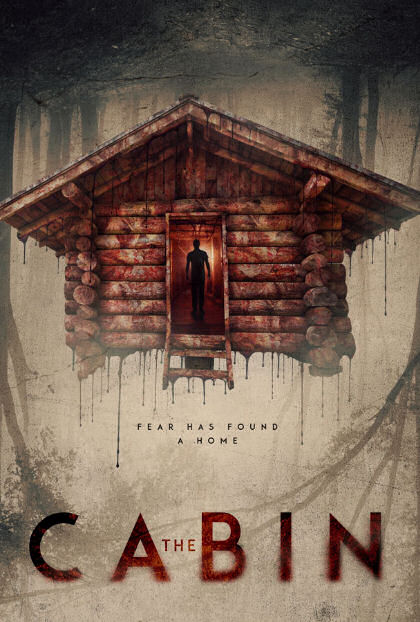 A wrinkle faced killer has just inhabited an isolated farm by taking a hatchet to the face of its rightful owner. Now a young couple who can’t get along are on their last retreat to a family cabin just across the lake. Row, row, row your boat to your death. This picturesque getaway has a killer living across the lake.

Rose (Caitlin Crommett) is an unbearable bitch who won’t give her man a break, determined to hate him for everything he does. We’ve all dated her. Harry (Christopher Lee Page) is at that stage of the relationship where he’s become an emotionally detached asshole who’s insensitive to her every need. Actor and writer Erik Kammerland plays Sven, a Dexter wannabe who’s dismembering bodies. He’s creepy but doesn’t have the size to be overpoweringly creepy. He’s more the actor you want to cast as someone you wouldn’t want to leave alone with your beloved Grandma’s dead body at the funeral home. No offense to any of the actors but my favorite performance, perhaps because he’s the only likable character is the limited role of Thomas played by the experienced actor Thomas Hedengran.

I agree with the approach to the making of this first feature from director Johan Bodell. He utilizes four actors at a remote setting for a script you can do on a budget with cutaway kills and practical effects including gore, that don’t try to do too much. The basics of low-budget filmmaking are done right. Cinematography, sound, lighting and even acting are all adequate, making this film feel far more professionally made than it probably was.

Unlike all the other horror movies that are sex fueled or live in a relationship utopia the script attempts to make this feuding couple feel real. Instead they create two of the most unlikable characters you’ll want to see die. Have you ever been out with another couple and all of a sudden they let their tensions from home come out in an argument that’s uncomfortable for everyone to be around? That’s the first half of this film. It’s not that the actors are bad, they do fine. With a more likable protagonist this feature could have been a realistic slasher version of Funny Games. As it is, I’m sad I didn’t see the young couple meet a more brutal ending.