Review of "Lifechanger” by The Headless Critic 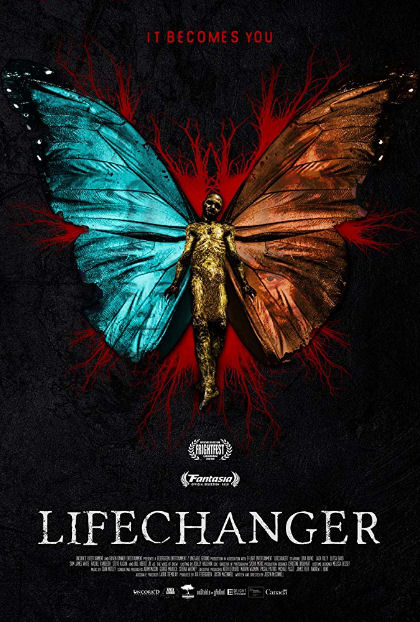 He’s immortal; he cannot die as long as he takes another life and consumes their form. He takes people, their voice, their shape, their look, their memories, their hopes and dreams, everything that makes somebody who they are. He takes it and he keeps it, for good. He’s a shape-shifter that can only take the shape of the ones whose lives he takes. He’s left a blood soaked trail of bodies behind. Then one day he takes the life of a man in love. He takes everything that makes somebody who they are and this man lives for the love he has for another. Now no matter what form he takes he still feels the love for this woman. It’s always there, a burning desire to be with her but with a new body every few days how could he ever stay with her long term? Immortality has suddenly become a curse. A being so selfish cannot simply walk away. He must have her for his own.

I generally don’t like movies that mainly tell their story through narration but in Lifechanger it really does work. The selfishness of humanity is explored through a creature that takes human form and will sacrifice all to live. It’s low budget but it’s low budget done right. We briefly enter the lives of many but it doesn’t feel forced. Their lives are mainly simple and realistic but there’s still a story to tell. Bill Oberst Jr. sounds like the Jean Shepherd of A Christmas Story his narration is so perfect. Justin McConnell creates a nice independent film with an original concept.