Review of "Intensive Care” by The Headless Critic 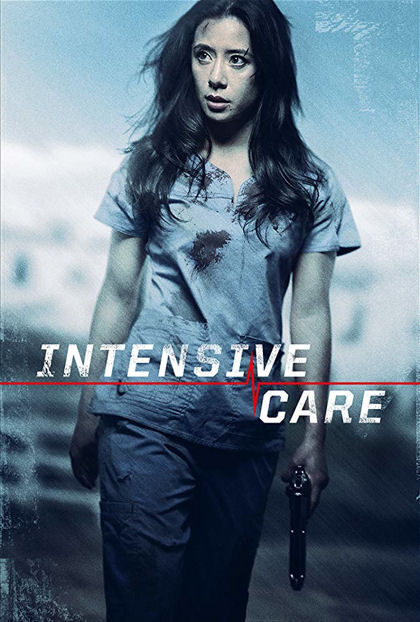 Looking to rob the home of an older lady Claire (Leslie Easterbrook), three would be burglars meet resistance in a hospice worker Alex (Tara Macken) who’s caring for the dying woman. They thought they had the burglary all figured out, they didn’t take into account the help. Entering with only the intention to rob the place, three would be burglars are now trapped inside the home with someone who’s fighting back. Three men trying to rob from a dying lady must first overcome a nurse who's a bad ass and can kick some ass, even in a bath robe.

Jared Bentley’s directorial feature debut has him pitting tiny Tara Macken against three burly men in a home invasion movie that fights back. Macken adds a little spice to hospice and I feel just as dirty typing that as I should. It’s cliché and a thoughtless action movie but it’s made well. Production values are good and the acting is good enough for the script. Effects are practical and they don’t try to do too much beyond their budget.

Some scenes are nonsense only seeming there to provide action erotica for the screen. While films made decades before with similar themes, the action movies of the 80’s and 90’s had a charm not found as easily in Intensive Care. We often excused those earlier features as being a product of their time, something Intensive Care doesn't have. If you want to see an attractive young lady beat up a bunch of muscle bound criminals this movie provides.