Review of "The 6th Friend” by The Headless Critic

Production by: Sommer Leigh Studios
Distribution by: The Asylum 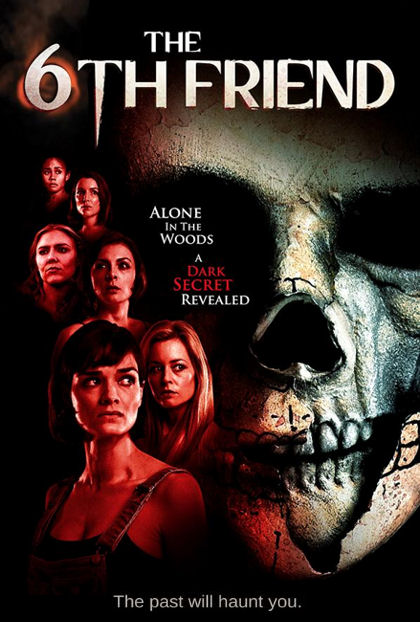 Joey (Jamie Bernadette), Chantelle (Melissa White), Heather (Dominique Swain), Sahara (Tania Nolan), Becca (Monique Rosario) and Katie (Jessica Morris) are haunted by their past. For their college graduation while under the influence of psychedelic drugs they murdered a rapist, stabbing him over a hundred times. Five years later they gather once again to try and rekindle the closeness they once had. Someone knows their dirty little secret though and they’re going to kill them for it. Alone in the woods, six friends are about to relive a night of drug induced violence, only this time it’s their blood that will be spilled.

“How far would you go for your best friend?” These girls have each other’s backs as a masked killer stalks them in the woods. They know what they did that summer but has the deceased come back for vengeance or is another killer on the loose?

Letia Clouston directs her first horror feature in this Jamie Bernadette written cabin in the woods slasher that’s done right. The isolated cabin is utilized as an integral part of the story and isn’t just a location to help costs. Mild use of CGI are used to enhance kills but not relied upon for everything. Sometimes the flashbacks aren’t completely clear but they’re enough so you can follow the backstory.

This is independent slasher that’s made entertaining without throwaway characters or an absence of story. Characters are individualized enough to make their deaths matter. I was genuinely upset at the killer reveal which shows my interest in the protagonists. Though the end scene made me feel like I cared for nothing, it’s still a good reality ending.