Review of "Wronged” by The Headless Critic 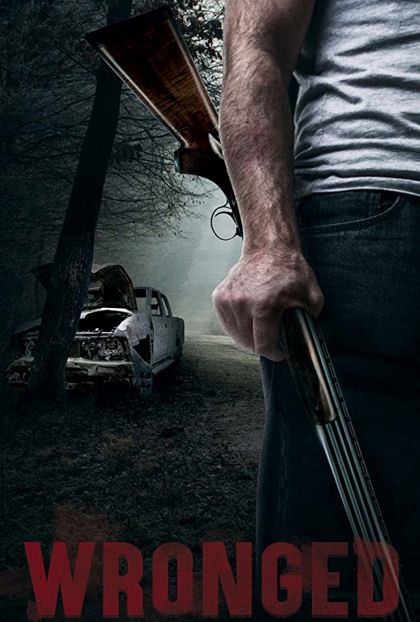 A family camping trip is thrown into peril when this loving family comes across a group of murderous criminals hiding out with their blood money deep in the woods. Stranded alone in the middle of nowhere, far from home with no help coming, this family has no option but to fight back. They have little resources but they won’t go down without quietly. The worst of sins will turn the purest of hearts to the ultimate of evils. “There is no justice.” “There are no heroes in this film.” “Every last one of them will pay.”

“I’m going to tell you this because I’m a man who appreciates honesty.” The revenge fueled script claims there are no heroes in this film, their certainly aren’t in the performances. A large cast for a splatter film varies in delivery from believable to delivering completely inaccurate responses to the situation. The emphatically written dialogue doesn’t always help. At least almost all of the actors get a death scene. Blood runs orange as the micro-budget shows in cutaway scenes, a few out of focus shots and occasionally misplaced cinematography. Audio quality which usually kills low budget cinema is on point though.