Review of "Survival of the Film Freaks” by The Headless Critic 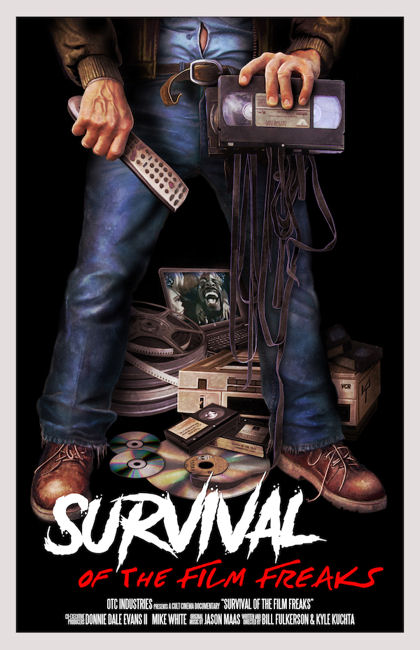 Why do certain genre movies survive for decades finding a new audience with every generation while other critically acclaimed films go forgotten? Survival of the Film Freaks is a documentary exploring the phenomenon of cult cinema that keeps certain movies around through the years and how that’s been affected by the age of digital media. Interviews, conventions, movie scenes and the fandom all get covered in this exploration of exploitation and other cinema that have found their own cult following with the fans who just won’t leave them behind.

“Hollywood movies can get very cookie cutter. The cult movies…those are the ones that can really surprise you.” Co-Directors Bill Fulkerson and Kyle Kuchta make one of the best documentaries I’ve seen all year about a topic I hold dear to my heart as a horror critic, cult cinema. A nice mix of interview segments with a vast array of cult cinema personalities both modern day and those who’ve been beloved for decades are layered into clips of the movies film freaks love as we discover what it takes to make a film immortal. These are “cult movies, highly offensive.”