Review of "Motel Mist” by The Headless Critic 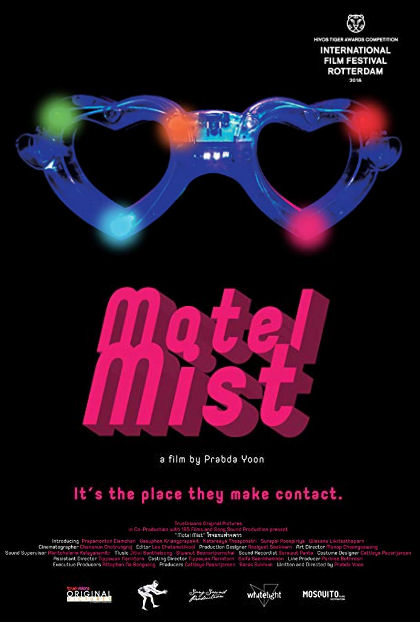 A car pulls up to a sleazy motel on the outskirts of Bangkok, Thailand. Inside is middle-aged Sopol (Surapol Poonpiriya) looking for his usual room. Motel clerk Tot (Wissanu Likitsathaporn) gives Sopol his custom held room number seven. Inside the car with him is school girl Laila (Prapamonton Eiamchan) who’s about to step into a sex den of a predator. As sins of the flesh wait to happen in room seven, a missing former child actor checks into room five with delusions of alien abduction as he paints the room black. Inside one room sexual depravities are unleashed upon the unsuspecting, in the room beside it, insanity. Welcome to the Motel Mistress.

A captivating and titillating, sexually artistic Indy film out of Thailand, with elongated shots that make the viewer wait and elongated foreplay to child abuse that make the viewer cringe even more. Even in another language the performances are as over-the-top as the den of sex toys. With a slow pace, completely unexplained set-up and two patrons pulling into the Motel Mistress tonight, I was at the edge of my seat for the chastity of a young girl’s violation as I was the exploration of the life of the clerk who checked them in. Three stories connected by the same seedy Mistress.

What is lacked for in performance is made up for in cinematography, artistic expression and intrigue as to what exactly is going on in this motel. This isn’t the film to make you think or leave you changed, it is the Grindhouse Death Proof, Hard Candy vengeance that’s just sometimes good to watch. Performed with beauty in randomly intertwining lives. Not a film for everyone in its absence of meaning and at times vulgar depictions, this import from Thailand by Prabda Yoon is just now getting released in the states and is so far one of my favorite horror films of the year.