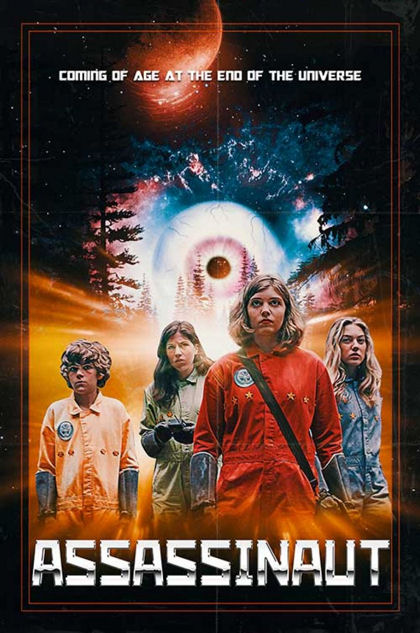 Sarah (Shannon Hutchinson) is a teenage girl who’s sent on a mission to an alien planet to save the President of Earth from a murderous astronaut. Great men die in space, she is not a man. Braving an alien wilderness a teenage girl may be our world’s last hope of survival. On a faraway planet, against forces she does not fully understand, Sarah learns the treacherous terrain of an alien species isn’t her greatest threat, humanity is.

The Taint director Drew Bolduc’s latest feature is a budget Sci-Fi, alien epic that very much pays homage to the run and gun, get them done, guerrilla filmmaking predominate in the mass movie making era of the 1970’s. With a cast of kids, an over the top character in The Commander (Vito Trigo) and practical effects on a budget, Bolduc provides a feature that may be low on production values but is entertaining. Assassinaut is the kind of story we would make up as children, played out on the big screen. From the idea of a child’s mind into a feature presentation.