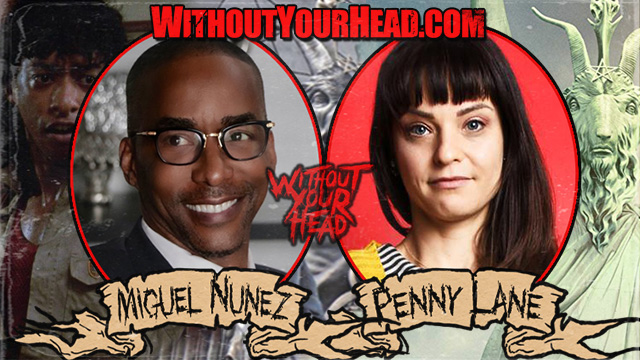 Miguel Nunez, Jr of Return of the Living Dead, Friday the 13th Part 5, Juwanna Mann and the new film Worth! Along with Penny Lane director of Hail Satan?

"Nasty" Neal wrapped up the show with:
- "The Ranger" coming to Shudder
- is 2019 the year of the "Critters"?
- James Wan wants to remake "Salem's Lot"
- "The Velocipastor"
- "The Curse of La Llorona" review and more!

Tracks for this podcast -
Our new theme song by The Tomb of Nick Cage
"The Girl Who Was Death" from "Do Nor Forsake Me Oh My Darling", "Mary Magdalene" from "Catherine Capozzi and Axemunkee present - Bring Us Your Women" and "Faith in Free Part One" from "Michael J. Epstein Memorial Library" by Music of the Month Sophia Cacciola and Michael Epstein!