Review of "Shed” by The Headless Critic 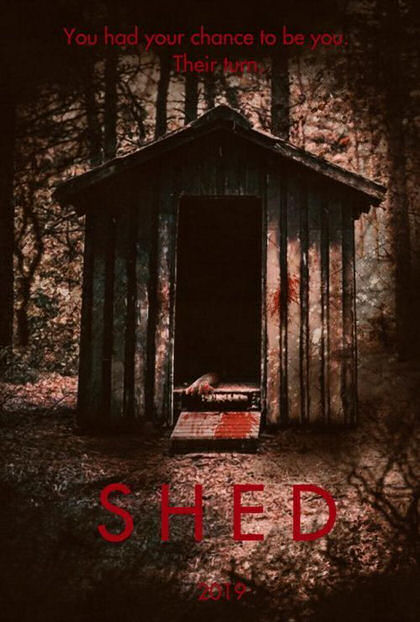 Deep in the woods where a group of friends gather to party at a cabin, ancient skin-stealing monsters pose as their own. You had your chance to be you, now it’s their turn! Blood soaked murders lead to the skinning of humans and the assuming of their identities as these creatures wrap themselves in who they are. These ancient beings work their way through the massive partying crowd leaving a trail of skinless human carnage behind.

Gratuitous gore and nudity set the tone for the directorial debut of The Theta Girl writer and producer David Axe. Production values are nearly obsolete in this low budget to no budget feature. Audio is the quickest way to make your movie look amateur. The lack of experience and budget shows in Shed’s camerawork, acting and especially its sound. The concept of ancient creature inhabiting human skin is quite intriguing. Where Shed excels at is in practical effects, being the goriest film I’ve seen this year.

Practical effects really impress being pulled off excellently on a budget. From blood to alien bodies, it all looks good and more importantly it’s a lot of fun. This is definitely a movie for gorehounds not to miss. For the rest of you, if you can overlook the low budget production values, specifically the sound and you don’t mind how outrageous this movie can get, amidst the sometimes excessive storytelling there’s a fun time to be had in this S H E D.