Review of "Room For Rent" by The Headless Critic 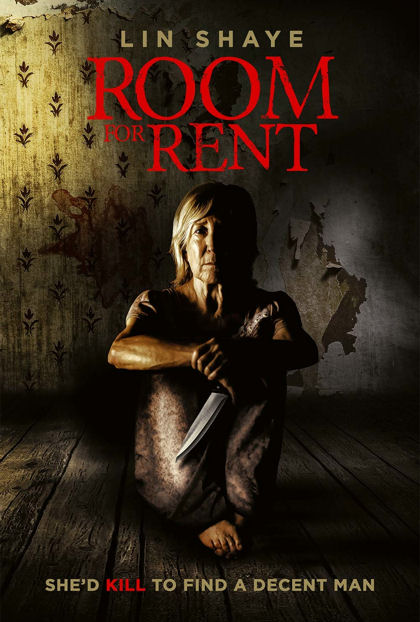 Since the recent death of her husband aging widow Joyce (Lin Shaye) has been completely lost. In financial ruin she decides to turn the extra room in her house into a bed and breakfast to make ends meet. After a quick bad experience with her first guests Sarah (Valeska Miller) and her boyfriend Edward (Casey Nicholas Price) who leave unexpectedly early, Joyce finds a more long term tenant in Bob (Oliver Rayon). It’s nice to have a man around the house again. A strong man to protect her and treat her right. Friendship turns to obsession for a lonely widow who would kill to find a decent man.

Lin Shaye has over forty years acting experience and has become a beloved face in horror from her small role in the original A Nightmare on Elm Street, her supporting role in cult favorite Dead End or her starring role in the Insidious series as Elise Rainier. I’ve never quite seen her give a performance as good as she does in Room For Rent. It isn’t her loss of sanity as she finds strength that impresses me the most, it’s the beginning of the film when she plays a fragile older woman. Her turn is good but she evokes emotion as a lost widow tormented by local youths.

British writer Stuart Flack’s first script to be filmed is a story of slow obsession. Much like most cinema coming from England, this American made movie may be too gradual of a progression for some. Director Tommy Stovall does well letting the story progress realistically without forcing a climax. Lin Shaye is brilliant finding the right level of delusion. You feel her failure of an upstart bnb just as much as you feel her lost after the death of her husband and tormented by the local teens. It’s slow and natural with an ending that's subtle and unfulfilling but in a wham bam world of blunt horror movies I enjoyed this thriller that's real and different.