Review of "Flay” by The Headless Critic 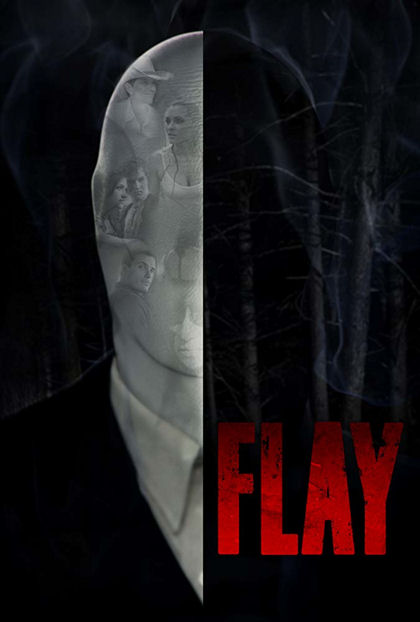 After the death of their recovering junkie mother (Peggy Schott), Moon Crane (Elle LaMont) returns home to care for her nearly adult brother River (Dalton E. Gray). When other deaths occur in town, officer love interest Tyler (Johnny Walter) grows suspicious that these deaths aren’t accidental and may be connected. An ancient chain cursed by the Native American tribesman it once bound before his death is now haunting this family and their friends.

Eric Pham’s Flay seems originally based on the Creepypasta, phenomenon that swept the internet over a decade ago known as the Slenderman and repackaged to be something more original. Original isn’t always better. Sure we have seen Slenderman movies already but a chain that calls to women that was cursed by a Native American tribesman but is now haunted by what is basically the Slenderman makes no sense and leads to what is a confusing mess of a movie.

Whenever you see a reflection in a puddle, you die. A horrible tagline that I just made up but befits this movie. With no explanation the dead, smoky ghosts that haunt this chain can only attack the living if they see a reflection of the ghost in a puddle. Even then if you’re a main character you’ll probably look away just in time to live.

Production values as far as picture and sound go are fine, until you get to poorly done CGI liquid and ghosts. Some people say, “done well on a budget” and that is probably true for this movie but I say if you don’t have a budget to do something well, don’t do it at all. Two of the effects that are hardest to make look real with CGI are liquids and smoke and guess what these ghost come from and are made of?

The performances in the film are awful but I don’t even blame the actors since it is wide spread throughout the movie. The only interesting character is Billy (A. Michael Baldwin) and his screen time amounts to minutes, his purpose is irrelevant unless there’s a sequel, stick around for the post-credits and his character goes largely unexplained. Teacher Mr. Hamilton (Aaron Spivey-Sorrells) also steps out of this world of teen soap opera haunting, offering a character that may not be very real but is at least entertaining. His screen time amounted to minutes as well.

A police investigation of these deaths is unofficially led by a doe-eyed, ne’er-do-well beat cop Tyler (Johnny Walter) who is somehow able to make detective level connections to killings years ago that even a real detective wouldn’t connect. Stereotypical stoners who mostly die first but still not soon enough are led by complete pothead Hector (Noé de la Garza) who is so over the top it makes you not want to watch the movie. He didn’t even get killed in a satisfying fashion. Angry at the world teen brother River played too annoyingly bad by Dalton E. Gray builds a character you hate so much you can’t wait to see die, this is a horror movie after all. Guess who survives at the end of the film?

Poor acting this widely spread can be done through casting when all you have the money to cast is family and friends but not when you use real actors which Flay does. They certainly knew how to cast extremely thin girls like Violett Beane to play these parts and the got Phantasm’s A Michael Baldwin for a cameo. The dialogue in Matthew Daley's script is so bad it’s almost enjoyable. It is comparable to Tommy Wiseau’s infamously bad The Room both in dialogue and lack of progression of story. Eric Pham proves he can perversely film skinny girls pee but a good performance, memorable characters or any kind of story that I would want to watch just isn’t here.